The most beautiful bays and beaches in Greece

Every summer, Greece is filled with tourists from all over the world, and the beaches are filled with both locals and visitors. The variety of Greek beaches is so great that they need to be described in a separate article. Many beaches in Greece are recognized as the best in all of Europe, four hundred of them have been awarded the Blue Flag quality label for maintaining the natural balance and purity of coastal waters. It is clear that rest here, with the right approach, can turn into a real fairy tale - both for you and for your children. In this article, we have collected the best, in our opinion, bays and beaches that you should visit, by renting a yacht in Greece, and personally enjoy the waters of ancient Hellas. 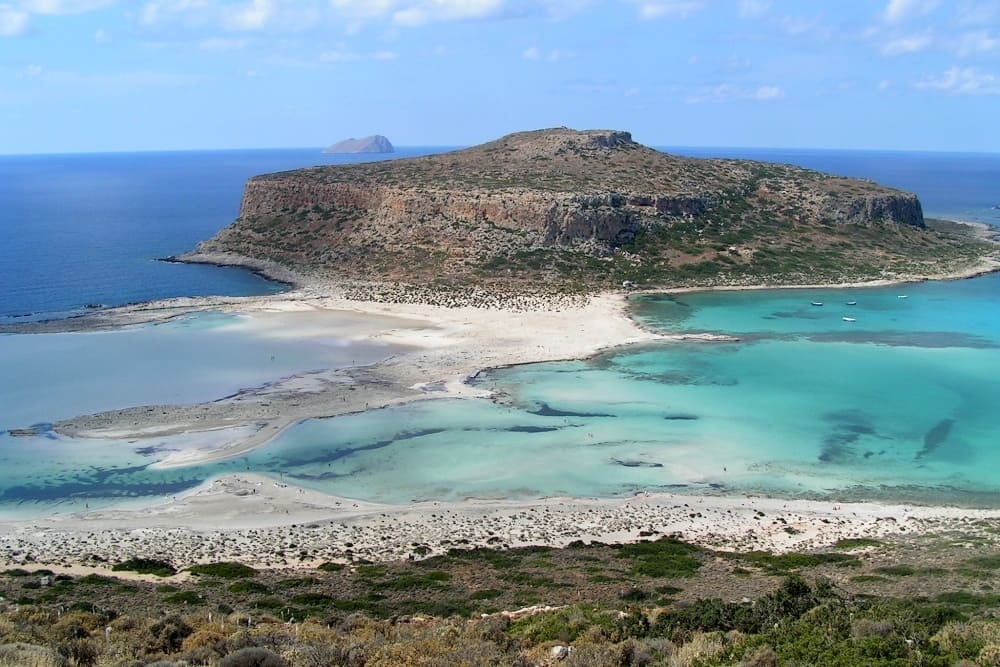 Balos Bay (once - pirate) is one of the most heavenly places to relax on the Greek coast. The bay is located on the island of Crete, famous for its myth about the monster with the head of a bull, the Minotaur, who once lived here. The coast in this place is washed by three seas at once: the Aegean, Ionian and Libyan. You can get here both by car and by water, admiring the breathtaking scenery. The local beach is wild and considered the most beautiful on the island, vacationers here can meet the magnificent sea and untouched shores. The water in the bay has its own unique set of minerals that give the sea a unique azure hue. It is thanks to the unprecedented beauty of this bay that Prince Charles and Princess Diana chose this place for their honeymoon.

Navayo Bay, located on the island of Zakynthos, got its name from the word meaning "shipwreck", at the end of the 20th century the Panayiotis ship carrying smuggled tobacco from Turkey to Italy, pursued by the coast guard, ran aground, and it was towed from there it did not work. Now the ship's skeleton serves as a symbol of the entire island and is surrounded by white sand and the purest sea water. The beach is surrounded by picturesque cliffs, and the water in the sea is a deep blue color, caused by the large amount of chalk deposits on the seabed. It is worth coming here to enjoy the unforgettable atmosphere and natural beauty of the island, and, of course, swim in the clear waters of the Ionian Sea. You will be surrounded by green pine trees, above your head - a blue sky, under your feet - golden sands of beaches, and the photos should be spectacular. 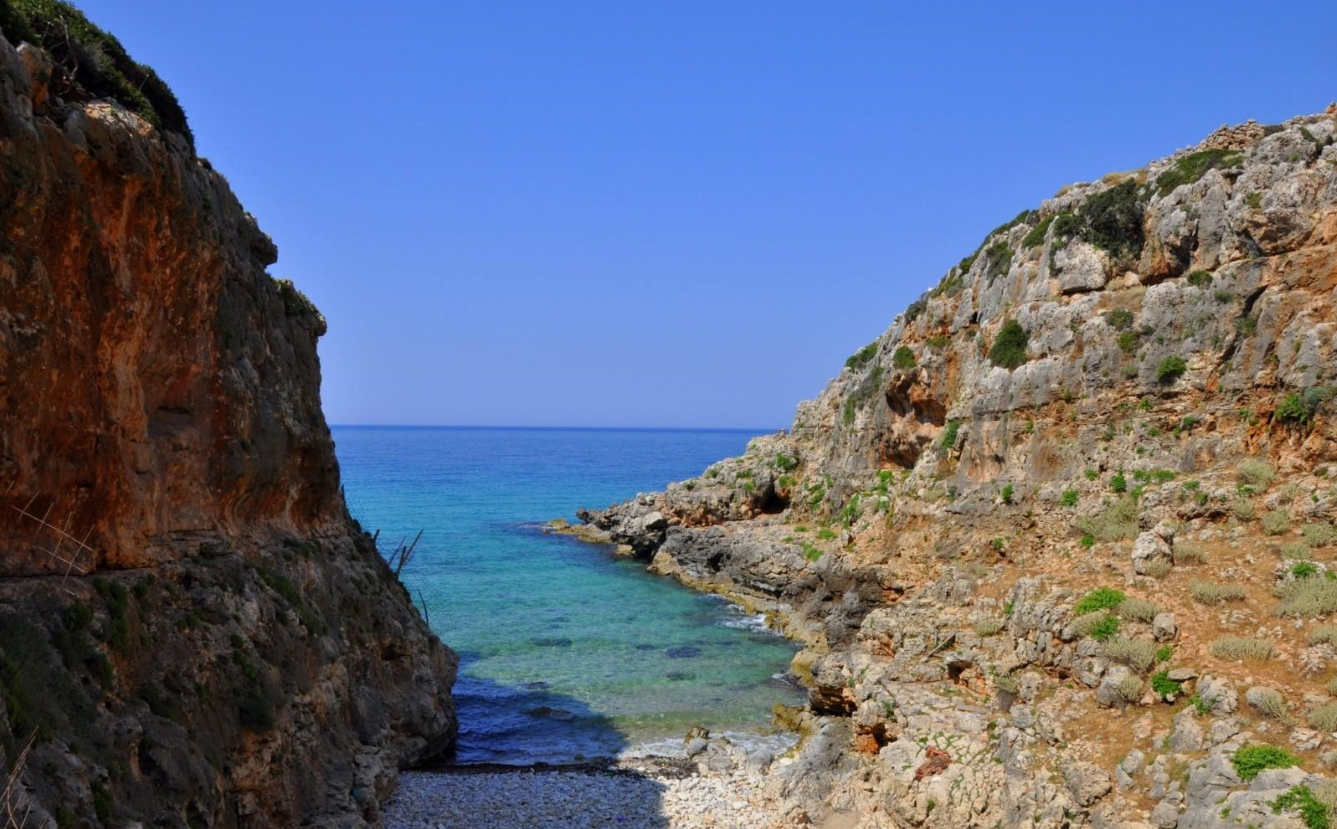 Kutalas Bay in Crete is famous for its caves located nearby, it has an excellent beach and places for seclusion. Kutalas beach is semi-wild, it is not known to most vacationers. The beach is surrounded by rocks and covered with stones and pebbles, which makes walking a bit uncomfortable. Nearby is Cape Drapano, ideal for spending time fishing, in this secluded place you can spend long hours taking water treatments on the beach at any time. Since there is no infrastructure here, it is worth bringing an umbrella, water and food in a container. For those interested in history and mythology, we note that it is in the Kutalas Bay that there is a rock that Polyphemus threw at Odysseus when he left the island on a sailing ship.

Voidokilia Bay on the western coast of the Peloponnese peninsula is surrounded by nature of rare beauty, the sand here is fine and very pleasant underfoot, the water is turquoise, and spreading pine trees with wide crowns grow around, spreading a wonderful aroma of resin. Tourists who decided to visit Greece with children will really like this place - after all, the sand here is the most “building”, the water is warm, and the entrance to the sea is smooth. There are no umbrellas and sun loungers on the beach, so you have to bring everything with you. Here you can watch the sun setting smoothly over the horizon, followed by an amazing silence, broken occasionally by the chirping of cicadas. In addition to swimming on the beach, here you can visit the fortress and walk along the trodden hiking trails. An abundance of sun and calm clear sea water are guaranteed here in early summer or early autumn. 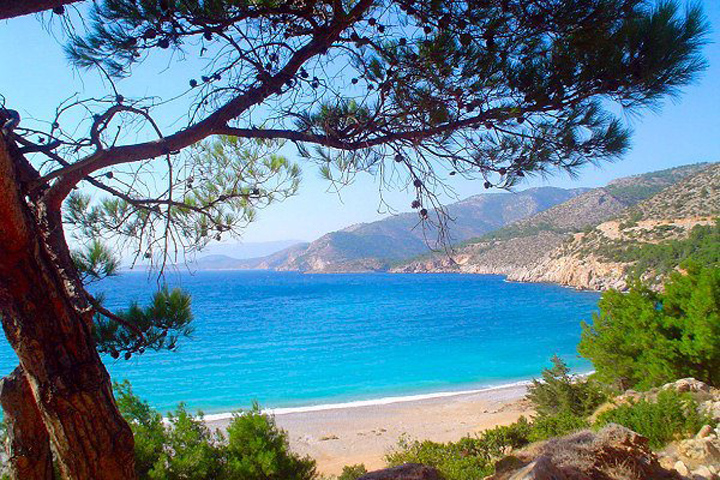 The picturesque Elinda bay on the island of Chios has a magnificent sandy beach of the same name - there are mountains covered with thick pine trees, crystal-clear water, and complete silence for a relaxing holiday. Yachtsmen 2yachts recommend this to those tourists who need to break away from civilization for a while and feel the unity with nature in a natural bay of one of the warmest seas in the world. The abandoned medieval settlement "Anavatos" is located near Elinda Beach.

There are many beaches on the island of Rhodes, because the length of the coastline is more than 220 km. The Aegean coast is very beautiful, the Mediterranean beaches are warm and calm. Anthony Quinn's Bay is named after the Hollywood actor who starred in the films Lust for Life and Bluff. However, tourists come here because of the unprecedented beauty of these places - the bay is very attractive for its natural appeal. The coast of the bay is rocky, there are places for sun loungers and places from which it is convenient to jump into the azure sea. The bay is reliably hidden from the winds and there are no underwater currents, and the water is clear and warms up well. The beach is well equipped and family friendly - there are many water activities available. Many come here on a yacht so as not to be crowded on the shore, but to dive into the clear water right from the side of the ship.

Also in Rhodes, there is a cove hidden from prying eyes with a secret beach, not far from the village of Archangelos. The beach is difficult to access, and almost only the locals know about it. The popular Stegna beach is located nearby, but the bay with the secret beach is not visible from it, so vacationers do not come here in large numbers. The nearby Grande Blue tavern serves the freshest Greek cuisine.