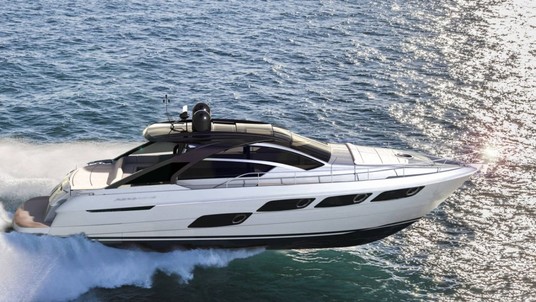 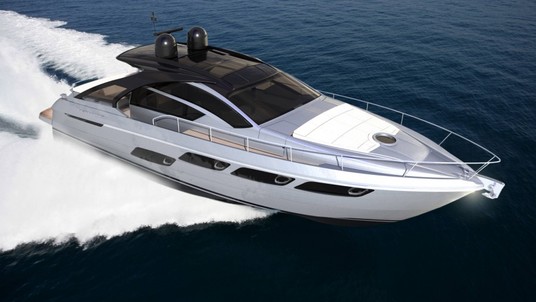 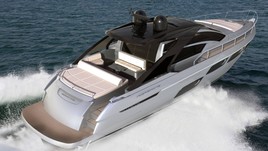 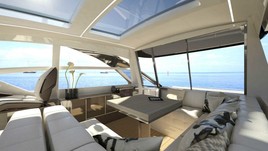 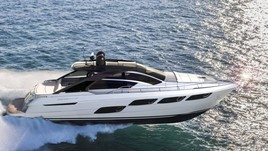 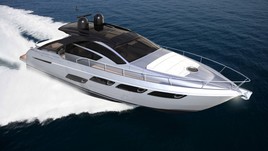 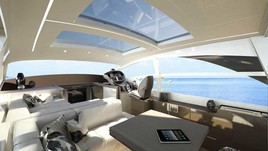 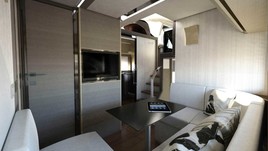 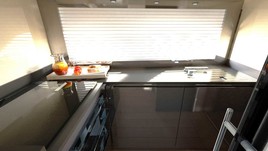 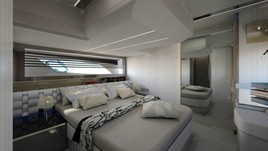 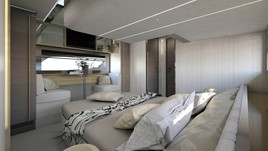 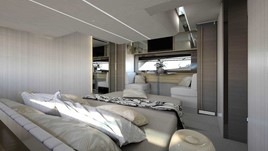 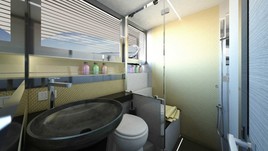 The Pershing 5X, a closed 16-meter motor yacht with a hardtop, has been in production since 2016. The first information about this vessel appeared in January at a boat show in Dusseldorf, and the official premiere took place in September at the Cannes Yacht Festival. Pershing 5X is the first model in the X line of an Italian manufacturer.

The exterior was developed jointly by Fulvio De Simoni and the engineering department of Ferretti.

On the main deck there are: a living room, a control post and a lounge area. They are separated by sliding glass bulkheads, a special system of which allows you to open in the heat and close in the fall. At the hardtop, the glass part of the roof moves. The superstructure has panoramic glazing and integrated wings that protect the cockpit. The hydraulic platform at the stern drops below the water level by half a meter. On it, you can install a protective railing with a net and turn it into a seawater pool, which is convenient and safe for children. The garage accommodates a 2.8-meter Williams tender, which is launched from the swimming platform.

The layout of the lower deck is offered in two versions. The standard includes a dining room and two cabins: a master in the entire width of the yacht and VIP in the bow. The second option involves replacing the dining room with a third cabin, which can accommodate guests or crew. It has a separate entrance from the deck. The interior is dominated by gray and its dark contrasting shades.

Pershing 5X offers two propulsion systems. Two Volvo IPS 725 hp drives improve maneuverability, but reduce speed - 30-35 knots. A pair of 1,000 hp Surface Drives allow you to accelerate to 41-45 knots. Cruising range 290 miles. The yacht received certification B, that is, it is intended for access to the sea no further than 200 miles from the coast.

If you are interested in the Pershing 5X, contact your broker or fill out the form:
Add your yachts
Give it the exposure it deserves