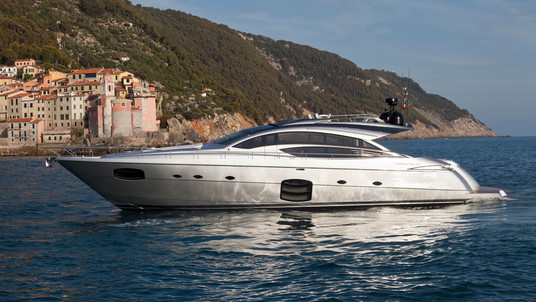 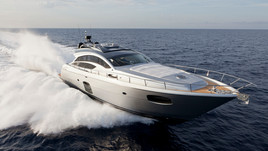 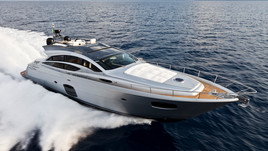 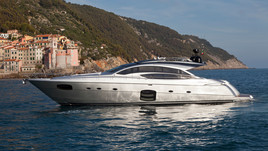 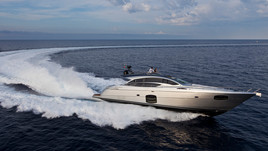 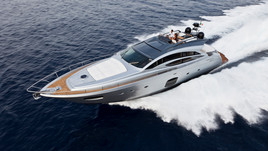 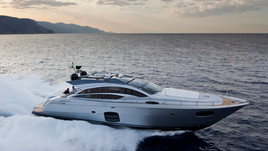 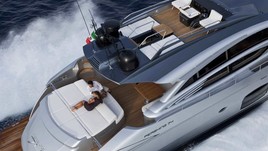 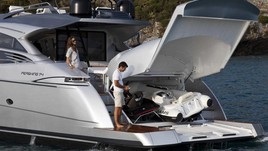 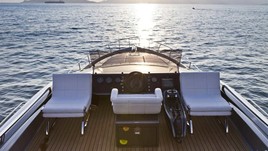 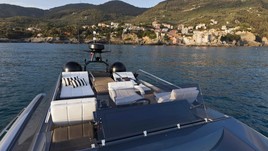 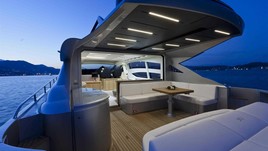 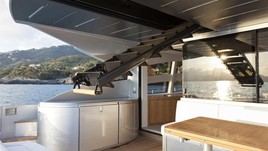 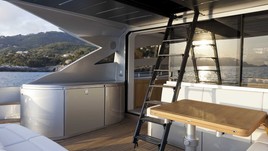 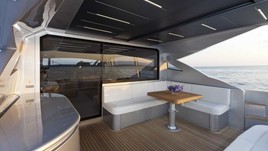 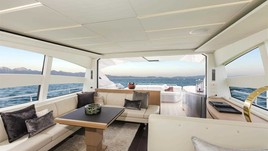 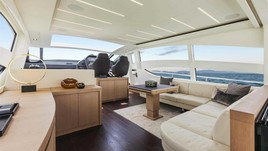 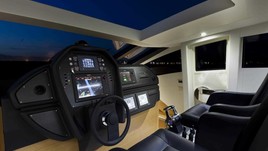 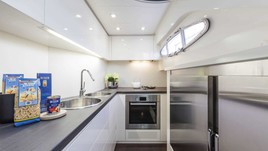 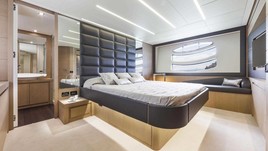 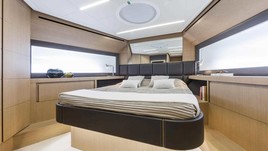 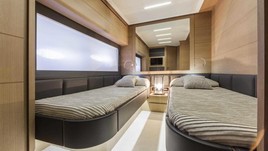 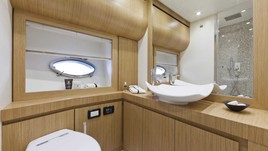 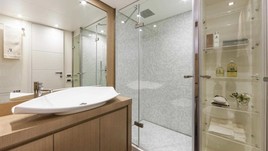 The Pershing 74 flybridge 22-meter motor yacht was presented at the 2013 Cannes Boat Show. She became the successor to the 72 model, produced since 2007.

The main seating area is located on the cockpit, separated from the passenger compartment by a sliding glass bulkhead. The interior is protected by a folding hardtop.

The flybridge is almost invisible from the side and does not change the sporty appearance of the vessel. The Besenzoni retractable gangway leads to the upper deck, which easily retracts into the flybridge and frees up space. It simultaneously serves as a bathing ladder and gangway. Two control posts are equipped with monitoring navigation displays, toggle switches and a group of joysticks. From the top on the flybridge it is convenient to steer the yacht when mooring. The garage holds a 3.25 meter long tender and jet-ski. The aft platform is lowered by a hydraulic lift.

The interior was created by Poltrona Frau, so there is a lot of leather, wood and light colors.

The living area is represented by three cabins with bathrooms: a master in the midsection, a VIP cabin in the bow and a guest on the port side. The galley is located on a level between the main and lower decks. In the aft area for the crew: cabin and living room with kitchenette. A separate cockpit gangway leads here.

The yacht is equipped with semi-submersible propellers of the ZF Searex type and a pair of MTU engines of 1 948 hp each, which allows to develop a maximum speed of 44 knots and a cruise speed of 40. Cruising range of 280 miles. The installed ZF Autotrim system controls roll and trim for varying boat loads and sea conditions. The yacht is certified in class A, that is, it is intended for access to the open sea.

If you are interested in the Pershing 74, contact your broker or fill out the form:
Add your yachts
Give it the exposure it deserves