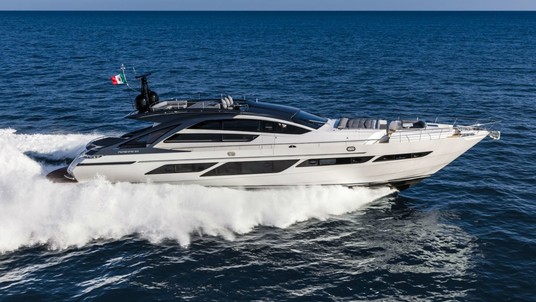 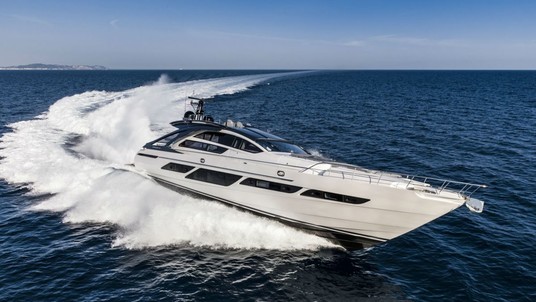 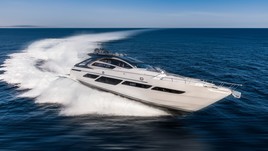 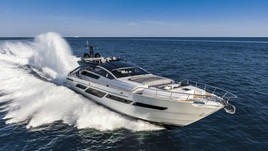 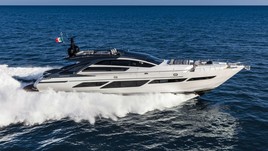 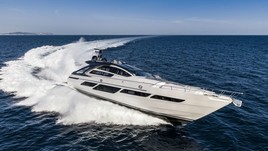 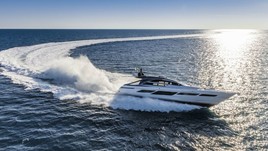 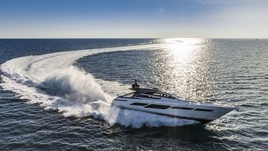 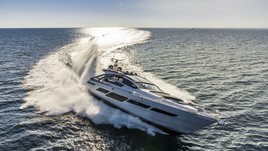 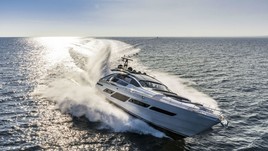 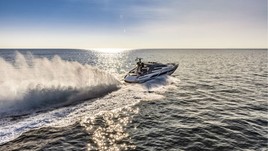 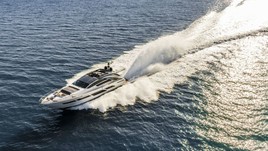 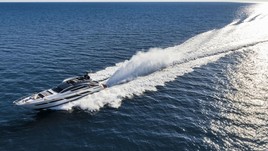 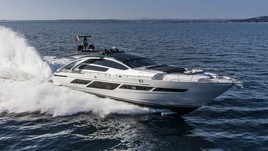 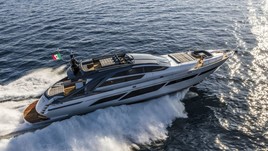 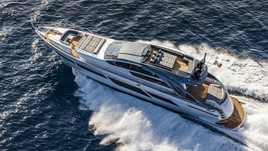 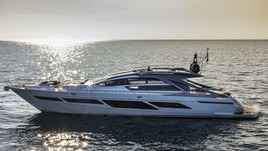 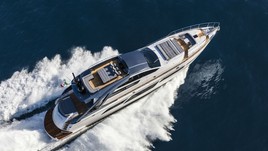 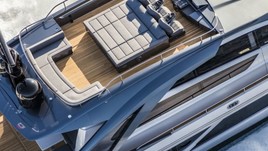 The second model of the X generation was the Pershing 9X - a 28-meter high-speed flybridge motor yacht. The basis was laid down the body of the discontinued 92 model. The debut of the yacht took place in September 2017 at the boat show in Cannes.

The exterior of the boat was created jointly by Fulvio De Simoni, Pierre Ferrari and the engineering department of Ferretti, designed by Antonio Luppi.

To relax on a yacht, three lounges were designed - on the bow and stern, on the flybridge. It is convenient for guests to assemble in the open-plan saloon of the main deck with panoramic glazing; the glass bulkhead separating it from the cockpit can be cleaned under the deck. The enlarged cockpit looks like a logical continuation of the cabin. There are characteristic Pershing wings connected to the superstructure. The garage accommodates a tender and a jetski.

The second control post is located on the flybridge, where three large touch screens are installed on the wide dashboard to monitor all ship systems.

There are four cabins on board: the master in the middle part occupies the entire width of the yacht, VIP in the bow and two guest rooms. A gangway from the passenger compartment leads to the galley, located in the aft part between the owner’s cabin and the engine compartment. Nearby is a cabin for a crew of two to three people.

Pershing 9X is called a fighter jet for speed characteristics. A pair of 16 volt MTU 2638 hp engines and a lightweight carbon-fiber hull allow you to develop a cruising speed of 38 knots, and a maximum speed of 43. Power reserve of 380 miles. Two gyroscopic stabilizers Seakeeper NG9 provide stability to the ship at anchor.

The CE (A) certification yacht is designed for short walks and weekly cruises.

If you are interested in the Pershing 9X, contact your broker or fill out the form:
Add your yachts
Give it the exposure it deserves