Yachting in Croatia: sights of Hvar

Hvar (in Croatian - Hvar) is the longest island of the Adriatic, and also the sunniest in Croatia. Tourists are attracted to this region by numerous bays, ruins of medieval cities, mild climate and rich flora and underwater world. The ideal months for visiting the island are June and July, when the weather is favorable for recreation, the influx of tourists is not great, and the prices for services are still not so high.

Hvar is a center of attraction for many yachtsmen, as it is distinguished by its unique nature and has a developed infrastructure. Moreover, if you need to rent a yacht in Croatia, here are some of the best conditions in the country.

Among the features of the island:

Scientists assume that the first people settled on the island 4 thousand years ago, and the territory of Hvar (about 300 sq. Km) is replete with important archaeological regions. For centuries, Hvar remained in the possession of the Venetian Empire, and it acquired the status of an independent region of Croatia only at the end of the 20th century. There are many historical monuments on the island, including buildings from ancient times. 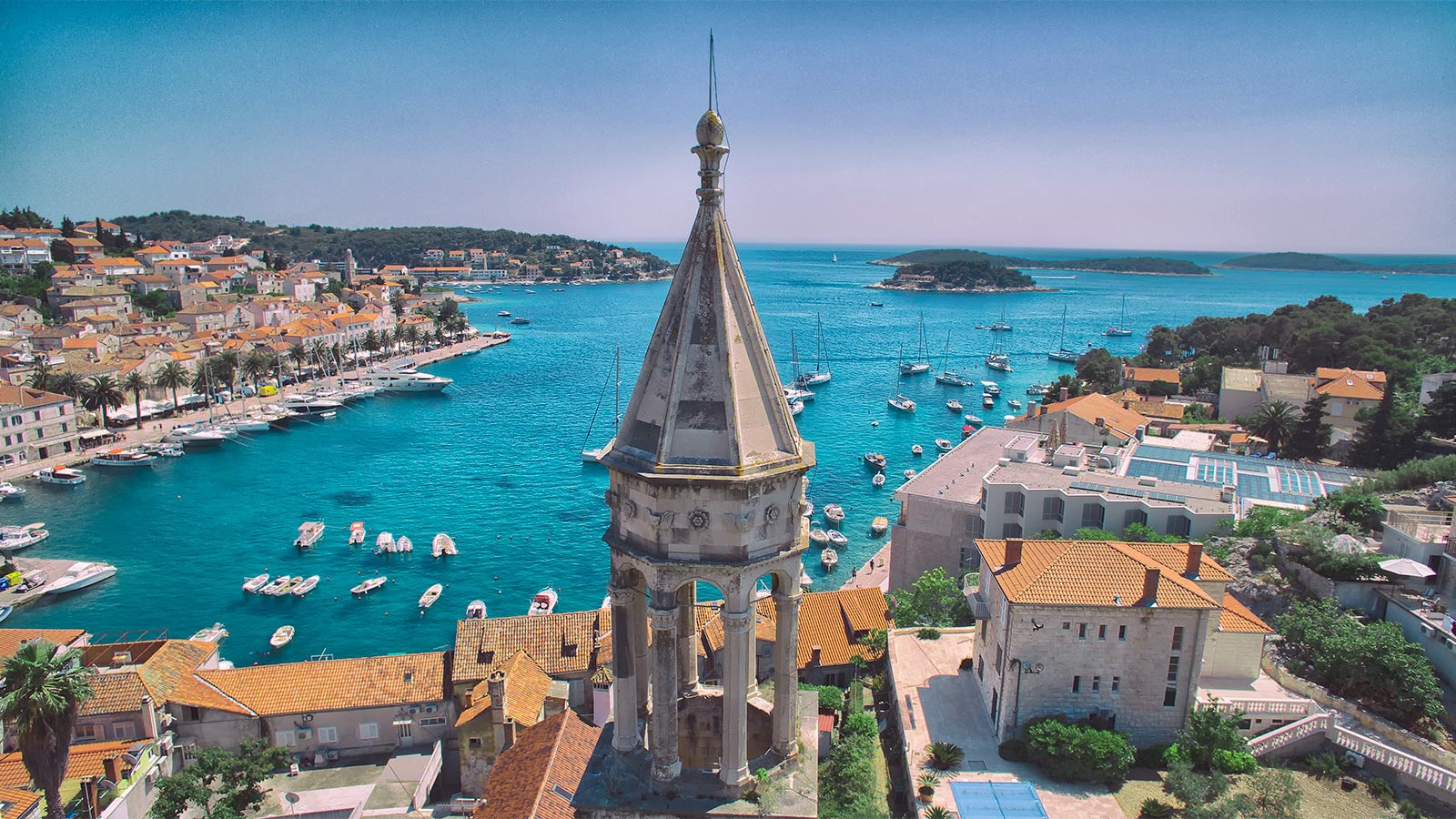 For many decades, the capital of the island - the city of Hvar - has remained one of the most popular Croatian resorts and has a wide range of interesting places to visit. It doesn't matter what your travel budget will be, because there are routes and entertainment for every taste in Hvar.

One of the most famous cultural attractions is the Grapcheva Cave (located 7 km from the town of Jelsa) - in the 20th century, tools and other items of the Neolithic period were discovered here. You can see these findings in the Hvar Archaeological Museum. You can visit the cave only as part of an excursion organized by local guides.

In Jelsa, many old buildings have survived, for example, the Galshnik fort, built by the Illyrians and further expanded by the Romans. Until the Middle Ages, the fortress served as a defensive outpost on the path of the conquerors. Also worth a visit is Fort Tour, built on the site of an ancient Roman fortress from the 4th century. BC. The largest ancient theater in Europe, built in the 17th century, is located in Hvar. Note that the unique antique object is still used for its intended purpose today and performances are regularly organized here and national holidays are celebrated.

The main attraction of the island is St. Stephen's Cathedral, built in the 16th and 17th centuries on the Town Square. The cathedral was rebuilt after being destroyed by the Turks during the invasion of the island in 1571. The cathedral is considered the most spectacular monument in the Renaissance style, and its location (in the very center of the city) is convenient for tourists. The main decoration of the building is the bell tower, which is arranged in an unusual way (it was completed a hundred years after the construction of the main building), and the interior rooms are decorated with paintings by local artists. You can easily climb the bell tower - the observation deck offers wonderful views of the city and the sea.

The central square is of great importance in the history of the city, and here it is also worth seeing the oldest city well. The reason for its popularity is that fresh water on the island has been in short supply for a long time, so the locals respect it. 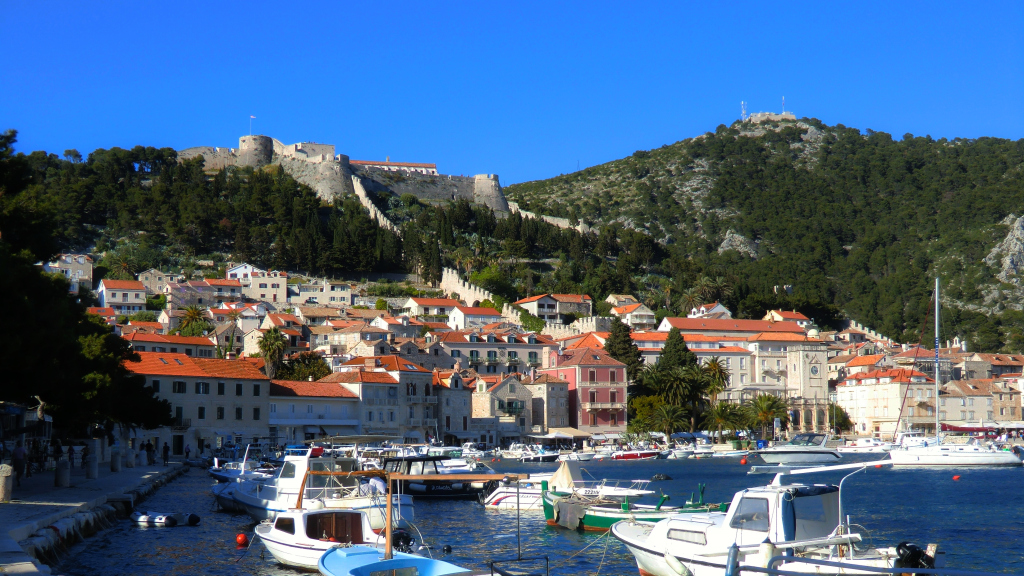 On the hill of St. Nicholas there is an ancient Spanish fortress, which served as a defense for the island at the end of the 18th century. Today the building has lost its importance as a strategically important object, but it also attracts attention with its scale. There is a museum here, which exhibits items from the period of antiquity and the Middle Ages. Pleasant views open from here, and the surroundings are visible at a glance.

Also, one cannot ignore the Franciscan monastery located in the most beautiful bay of Creza, well preserved to our times. Today one of the most interesting museums in Hvar is located within its walls, among the exhibits of which you can find old collections of books, paintings and other works of art. Here is the painting "The Last Supper" by the Venetian master Palma del Vechio - at one time it was transferred to the collection of the monastery from the possession of the famous Venetian M. Ingoli.

The 16th century Arsenal building on the main town square is worth a visit to appreciate the beauty of the massive yet harmoniously structured building. If you wish, you can go by car to the other end of the island, to the ancient city of Suchurai, where many monuments of the Venetian period are concentrated. We recommend strolling through the charming old streets and visiting the magnificent castle, as well as the richly decorated palaces that have passed unchanged through the centuries. 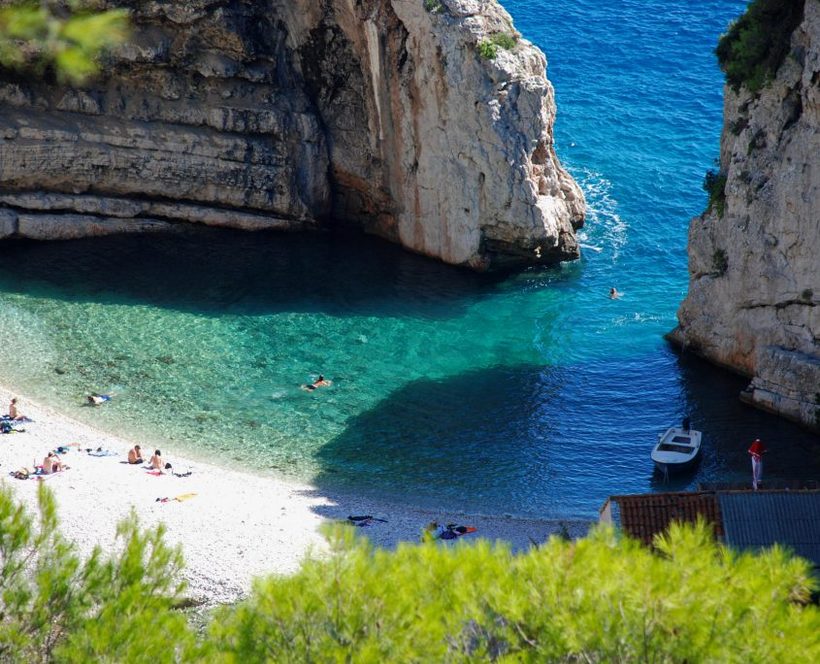 One of the interesting symbols of Hvar is lavender - tourists are eager to catch the period of its flowering in order to capture the vast fields of flowers. The plant is used for the manufacture of perfumes and cosmetics, which are becoming popular souvenirs among tourists.

The Jelsa beach resort is notable for the fact that one of the few nudist beaches is located here. There are cozy sandy coves nearby, where you can stop for a leisurely pastime. There are thermal springs on the island, on the basis of which the most popular health centers were opened. The Glavica Peninsula has become the location of the most famous of these centers.

On Hvar, vacationers can find many comfortable shallow beaches, excellent natural areas for outdoor recreation and sports centers. Finding affordable accommodation on the island is not difficult - the tourist infrastructure of Hvar is represented by numerous hotels, villas and apartments. And in the restaurants you will be offered a variety of fresh seafood dishes, which are popular on all the islands of the region. If you are not a lover of seafood, you will be offered international cuisine. It doesn't matter which dish you prefer - it is best to drink the food with local wine. 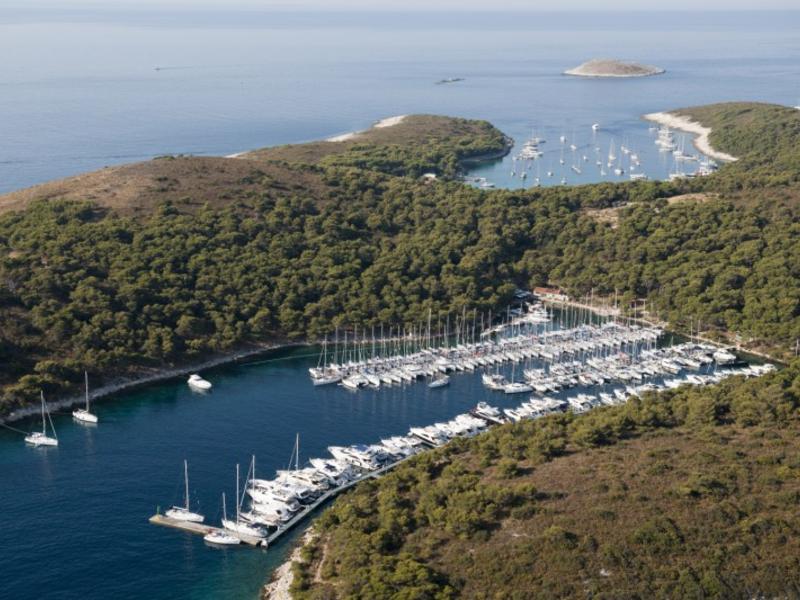 The most spacious and equipped yacht berths are located in the capital of the island and in Stari Grad. The cost of parking a yacht at the embankment per day will range from 2 to 8.5 Euro, depending on the length of the vessel. In the vicinity of Hvar is the island of St. Klimenty, where there is a marina Palmizana and many wild bays suitable for anchorage. You should go there in case there is no parking space near the old town of Hvar. The number of bays suitable for anchorage decreases from west to east.

Also, when planning a travel itinerary, it is worth considering the marinas of Split (the largest Croatian resort in the region), Trogir and the islands of Vis and Korcula. During the high season in the afternoon, all the places in the sea harbors can be occupied, and then you can leave for anchorage in one of the bays of the islands of St. Clement or stop at the ACI marina Palmizana pier.

If you are interested in renting or buying yachts, you can always contact the managers of the 2yachts company. Our employees will provide comprehensive advice on the selection, purchase, design and maintenance of the vessel.