Split is an important port city in Dalmatia, nestled in a picturesque bay between the waters of the Adriatic and the mountains. The place where it stands was inhabited already 2 thousand years ago, and the city boasts a rich history and cultural heritage. Today Split, nicknamed by the locals "the Mediterranean flower", is a vibrant modern city, the cultural center of the region and annually receives a large number of tourists. The holiday season here lasts from May to October, but when organizing educational tourism, this is not so important - the off-season is quite suitable for exploring the city. 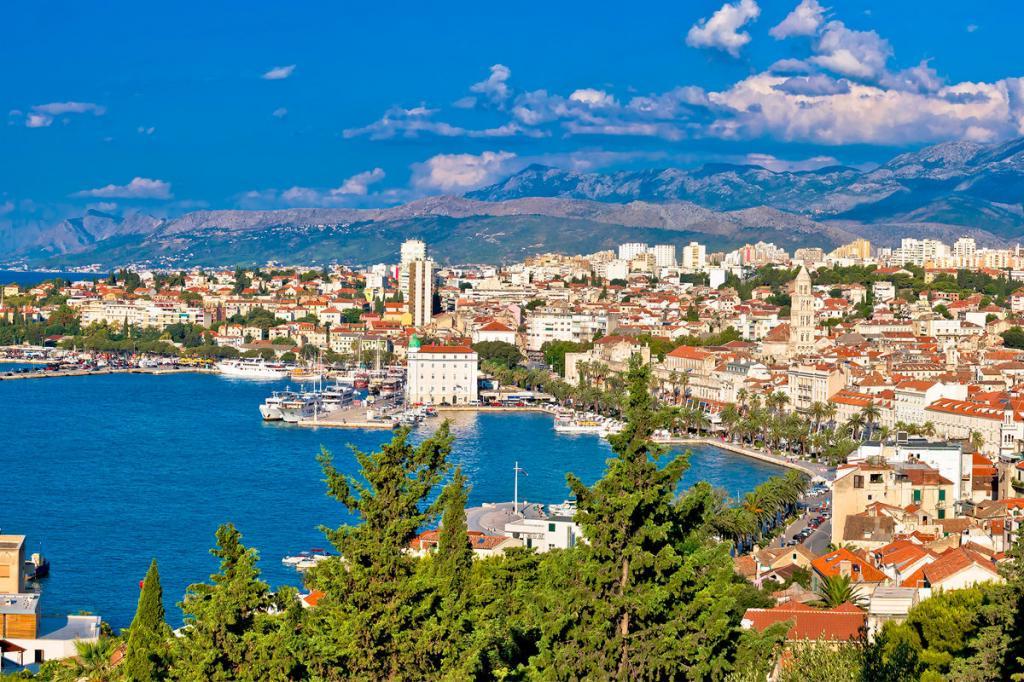 With its large international airport, Split is an excellent point to rent a yacht in Croatia and start your sailing trip to the natural attractions of this country and region. Here you can spend time with health benefits on the beaches with clear waters, making short excursions to local attractions to get acquainted with the history and culture of the city. 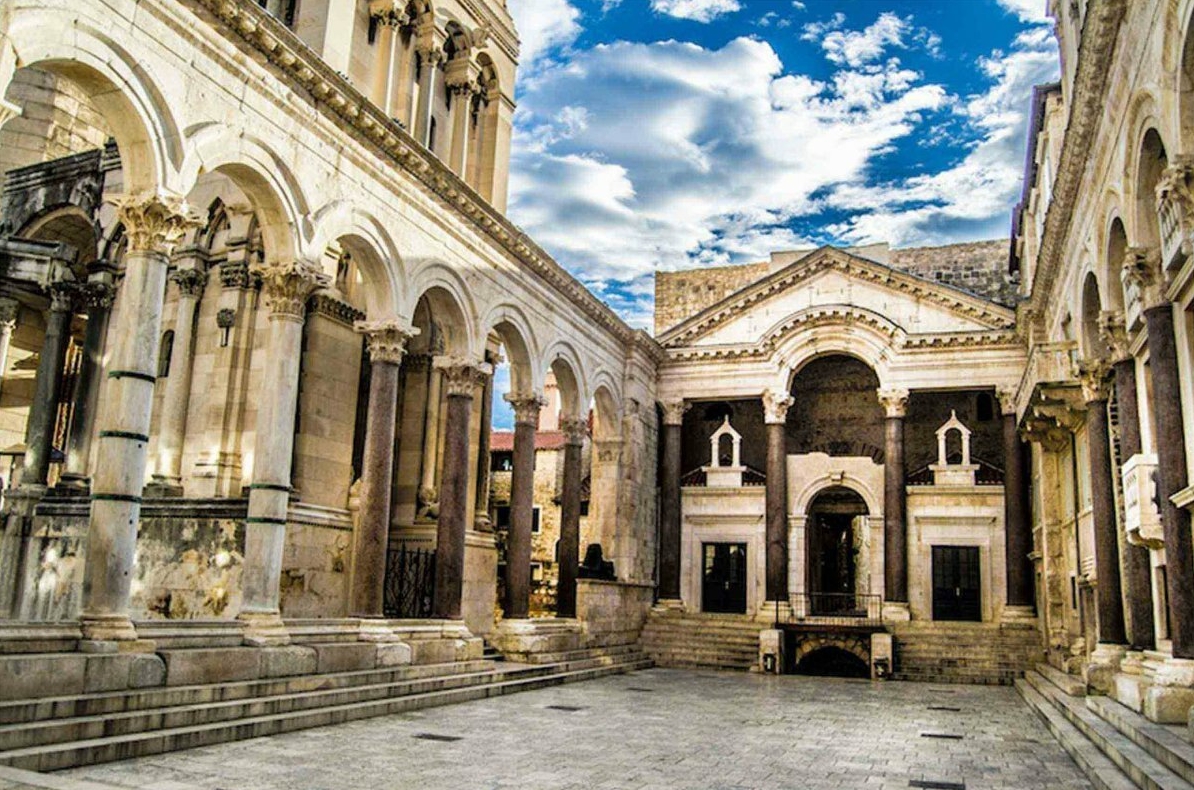 Diocletian's Palace is the best-preserved architectural monument from the period of the Roman Empire. However, due to the impressive territory (about 3 hectares), this territory can be called a "city". Today, here, as well as outside the walls, life is in full swing, catering establishments, hotels and various shops operate.

The monumental structure with 4 entrances was created from materials brought here from all over the world. So, sphinxes with columns were brought here from Egypt, and marble was supplied from Turkey. You should definitely see the very atmospheric Peristil Square, the Cathedral and the bell tower of Saint Doue, which offers an impressive view of the surrounding area. 5 km north of Split, on the territory of the town of Solin, there is an ancient Roman city founded by Caesar. It was destroyed by the Avar tribes, but today everyone has the opportunity to touch his remains.

The medieval fortress Klis is located right above the village of the same name, on a rock. From here, Split is only 10 minutes away by car. In different periods of its centuries-old history, the fortress defended the border, several times it was captured and recaptured, time after time it was reconstructed. Due to its favorable strategic location, the fortress served as the main defensive structure of Dalmatia, and a lot has been written about it in Croatian history books. The defensive structure included 3 defensive rings of uneven (since the builders had to fit them into the complex landscape) walls. Now it is already difficult to imagine what the fortress looked like 2 thousand years ago - most of the buildings visible today belong to the 17th century. and the period of Venetian rule.

Omis - the city of pirates 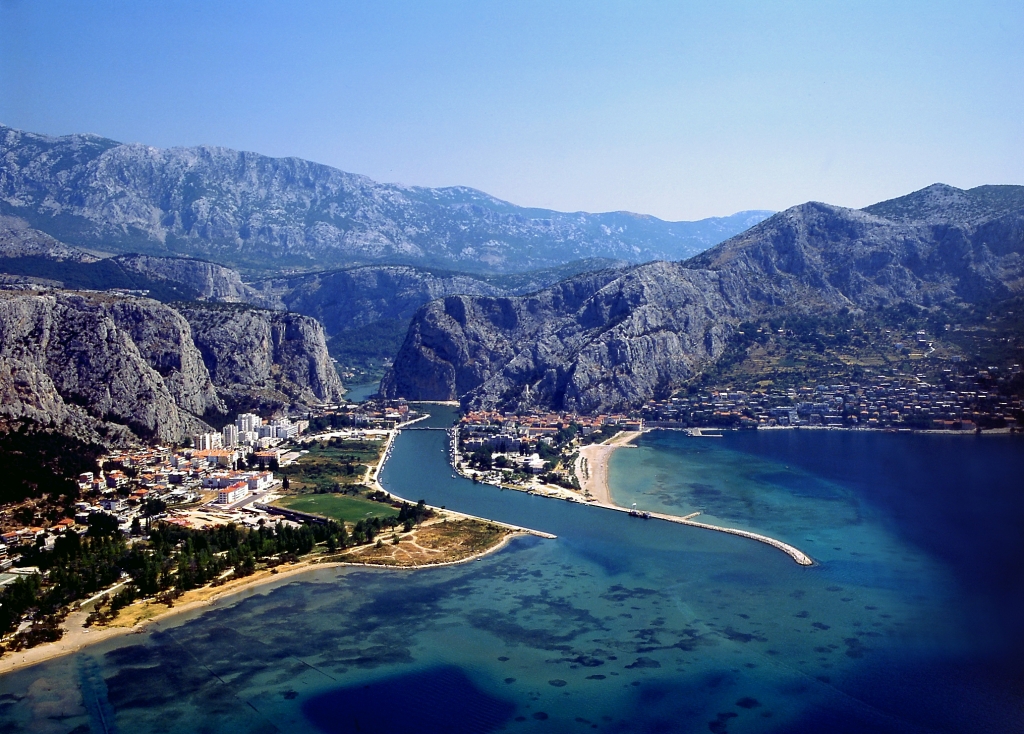 The old pirate town of Omis, which is located about 25 km southeast of Split, at the mouth of the Cetina River, deserves special attention. During the reign of the Roman Empire, it was called Oneum, in the Middle Ages it was called Almissium, and after falling under the influence of the Venetian Republic, it was renamed Almissa.

Hence the expression “corsairs of Almissa” or “Omishki hussars” in the local manner - the ships with pirates brought them the fame of notorious sea thugs, elusive precisely due to the design of the ships of the “sagitts”. After the raids, they returned to the mouth of the Cetina in order to hold the siege of foreign invaders. Naturally, the locals were allies of the corsairs, thanks to which they managed to sell all the goods obtained in battle without being attacked from land.

The easiest way to get to Omis is by car. The main source of income for the population of the city is fishing, agriculture, weaving and the production of various products. But tourism is a separate line in income - first of all, tourists are attracted by the beaches that are part of the so-called. Omish Riviera. Here you will find many cozy pebble and sandy beaches and bays with clear water. Also popular among tourists are the waterfalls of Bolshaya and Maly Gubavitsy, as well as the Radmanova Mlinitsa mill, where bread is still baked. In the vicinity of the mill you can catch and taste fresh trout, since it is found here in abundance.

Other interesting sights of Omis are the Church of St. Euphemia of the 6th century, the Church of the Holy Spirit of the 15th century, as well as the Franciscan monastery in Skalica 18th century. In the city itself, there are a total of 8 churches. The Cetina River in the Omis region offers many opportunities for active spending time, for example, rafting, kayaking and canoeing. Other activities are also very popular - football, cycling, rock climbing, paragliding, boat trips and diving. 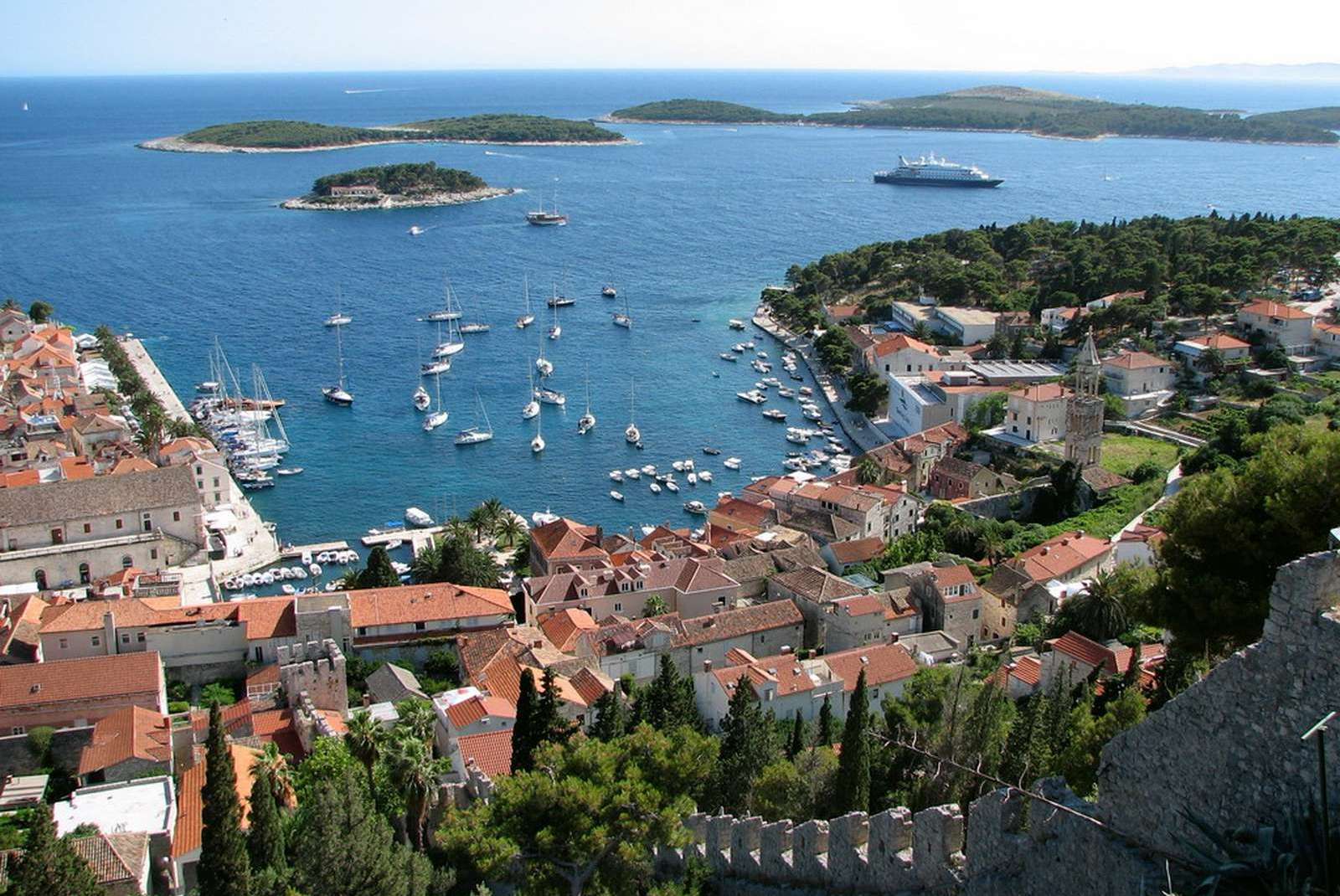 Yachtsmen, vacationing and competing in Croatia know that Split is a world renowned center for organizing sea cruises. In the 4th century A.D. Emperor Diocletian built this city as a place to live here after his retirement. For many years this city served as the residence of the emperor.

And in our time, little has changed in the life of the city - in the palace in the luxurious apartments of Diocletian, people live like an elite. On the main square not on the territory of the palace, - Peristil, mass events are held, and festivals and games are organized on the Prokurativa Square. Nightlife lovers can escape from the hustle and bustle of the day at the outdoor concert venues on the waterfront, as well as have a good time at local restaurants and bars.

There are always harbors for sailing enthusiasts and modern hotels to stay. From Split it is very easy to get to the amazing Dalmatian island of Hvar, as well as to visit the wonderful national parks of Plitvice Lakes, Krka and Kornati. It is simply impossible to resist the charm and beauty of this city! The main harbor for yachts, ACI Marina Split, is well equipped, but it is overcrowded almost at any time. During the high season, those wishing to stay here line up, and the staff cannot cope with the increased workload. The equipment of the marina is beyond doubt - there are toilet and showers, a grocery store and a restaurant at the disposal of travelers, repair work and painting of ships are being carried out. It will not be difficult to find a yacht for rent here, but you cannot do without the services of a skipper - you should be extremely careful when entering the bay and maneuvering in it.

Also in a suburb called Spinut there is a yacht marina of the same name, where winter storage and repair of yachts is possible.

If you are interested in buying or renting a yacht in Split (Croatia) or any other region of the world, you can always take advantage of the offers of 2yachts. Qualified managers in a short time will select for you the most advantageous offers that exist on the yacht market, and will provide support at all stages of the transaction.