The inhabitants of the "Country of a Thousand Islands" are very proud that their famous compatriot Marco Polo lived on Korcula (the Polo family owned a house here). As you know, he discovered China for Europeans by going on a trip to East Asia. 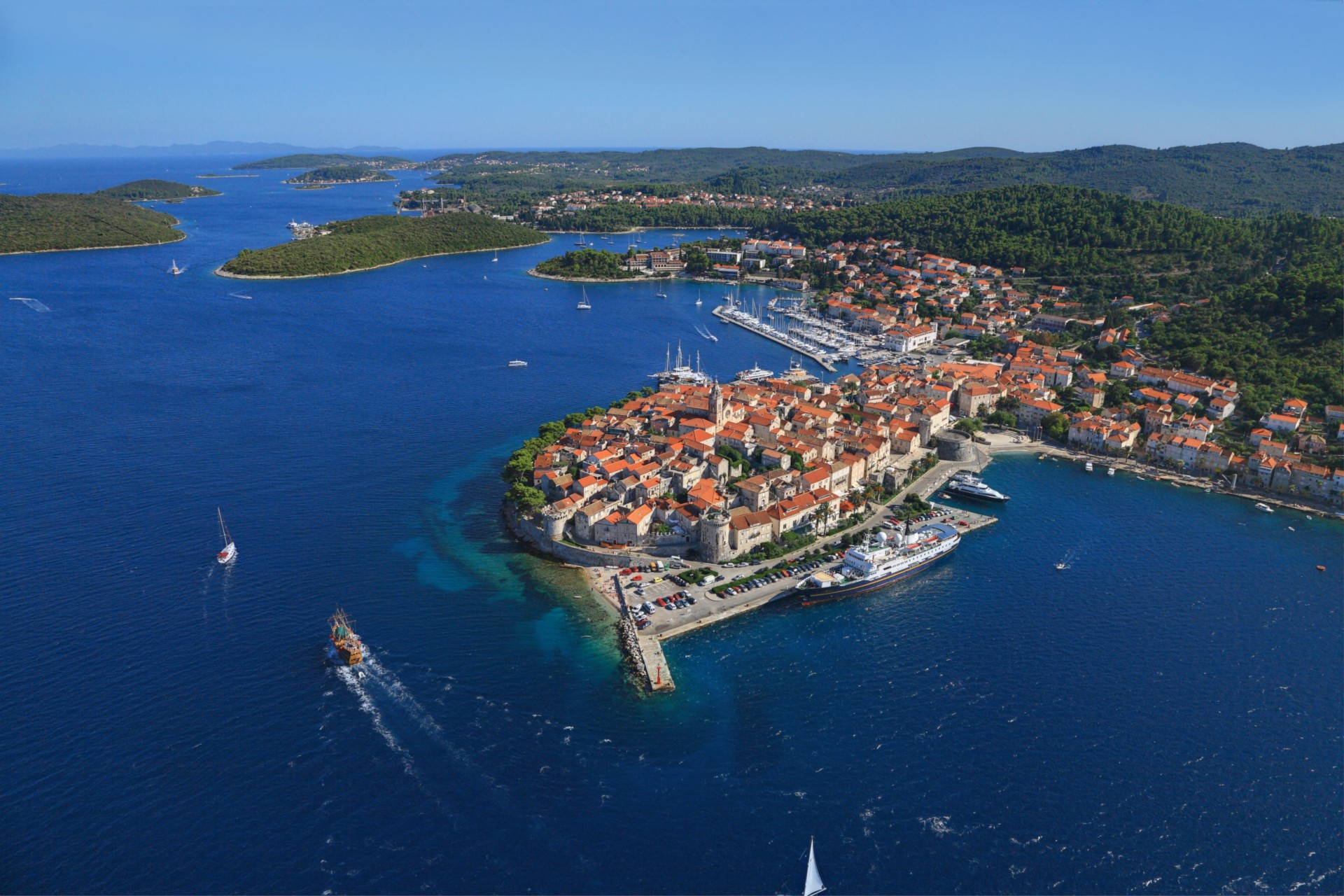 Korcula is one of the most beautiful islands in Croatia, with lush tropical vegetation and pine forests that completely cover the island. The beaches of Korcula are located in small, calm coves, some of which are equipped with medical and rehabilitation facilities, which tourists are happy to visit.

The Mediterranean climate with the sea breeze blowing in the summer creates some of the best conditions for yacht charter in Croatia. Also, fans of active recreation can take part in sports competitions of yachtsmen. Most hotels have volleyball and basketball courts.

Quiet and secluded, the island of Korcula (which is rightly called the pearl of the Adriatic) has many attractions scattered throughout its territory. These include architectural buildings, museums, clean sandy beaches, century-old pine forests, vineyards and other natural and man-made objects.

Popular cities on the island: Vela Luka, Korcula, Lumbarda, Blato. Vela Luka is a famous Croatian resort and the most populated town on the island, where mud therapy is practiced in a local sanatorium. Tourists come here not only for this - because there are also Vela Spila caves, where traces of primitive settlements of the Neolithic period were discovered. This significant European archaeological site dates back to approximately 18 thousand years BC. 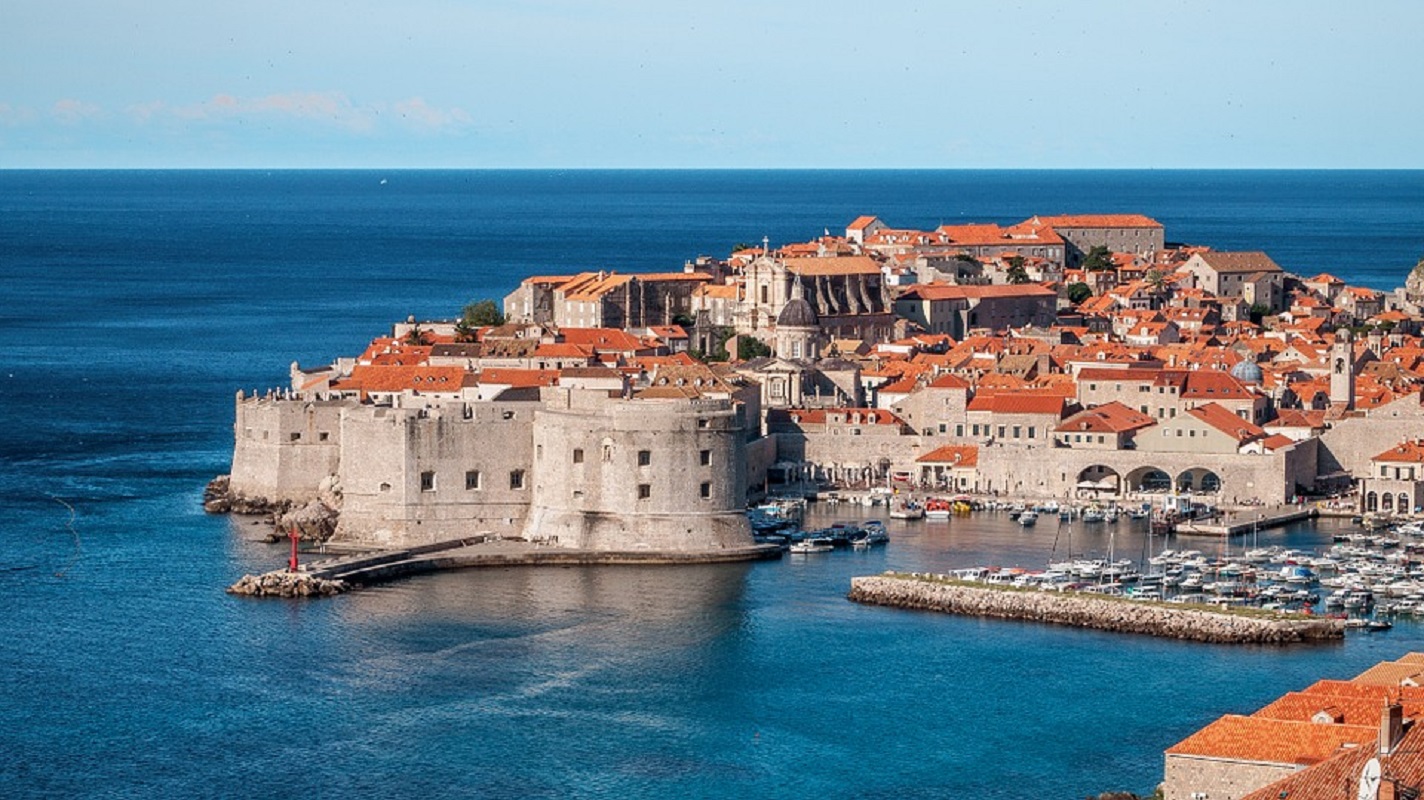 Among the historical sights of Korcula, which are worth visiting in the first place:

The city walls date back to the 13-14th centuries and draw a clear border between the Old Town and the rest of the island. Most of the tourists enter the Old Town through the Great Revelin Gate - the main gate of Korcula.

The list of the most visited attractions also includes: 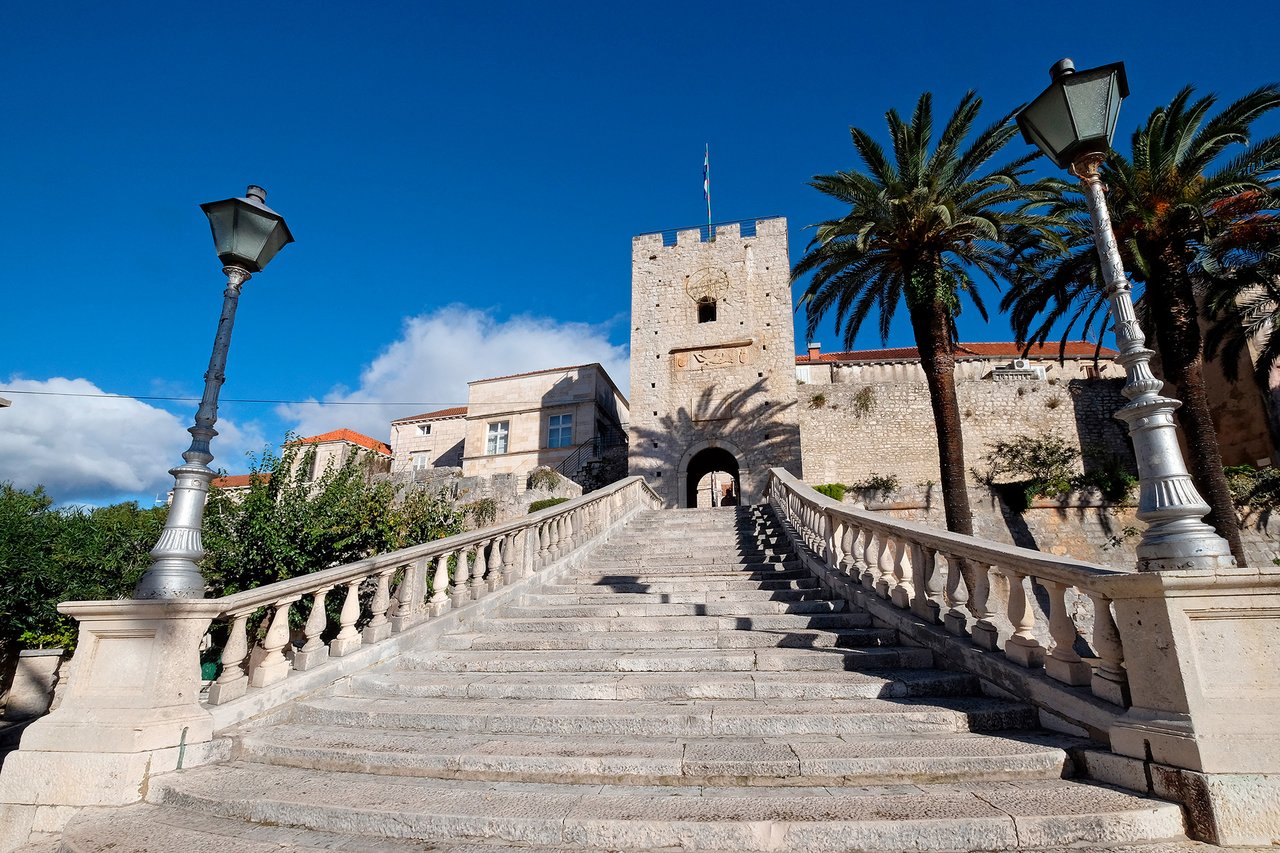 The old town itself is an important attraction, and we advise you to definitely wander the streets of this medieval building. And after passing the Old City Gate, you find yourself in the atmosphere of the times of the Roman Empire.

It is also worth visiting the pebble beach located in the elongated lagoon of итitna, around which pine trees grow. The beach is reliably closed from the wind on three sides, and the few visitors to this place will not prevent you from having a good time here.

In summer, Korcula hosts a theatrical performance on the theme of the struggle between Christians and Moors - Moreška. The inhabitants of the city participate in it, showing an old knightly dance with swords. This cultural event has been known here since the 15th century, and today guests of the city can admire the performance that has come down to us through the centuries. In addition to Moreshka, there are also two national old dances - kumpania, accompanied by dialogue with songs and drumming, the dance of knights with long swords, and mostra (during which the pictures of the past are recreated by men in old national costumes and also with swords). 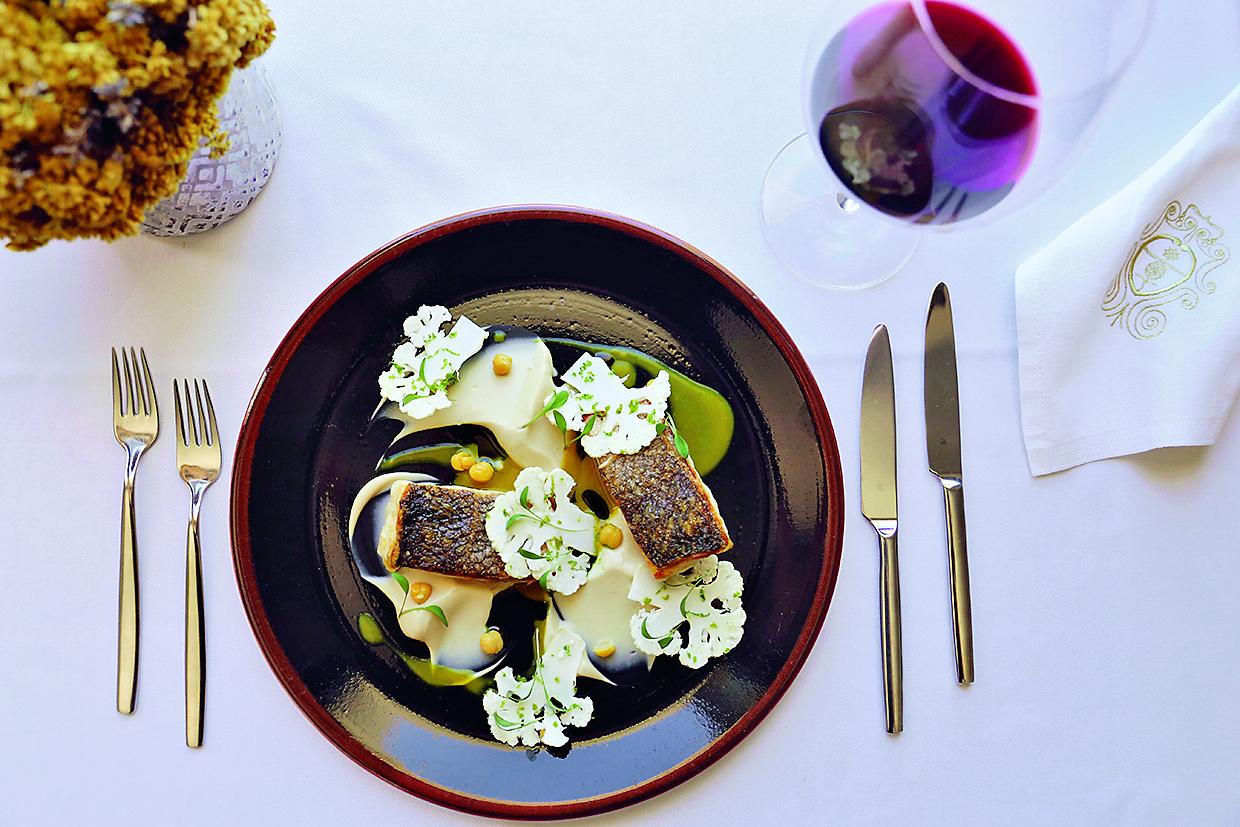 Traditional cuisine in Korcula is represented by meat dishes, such as: Dalmatian pastichada (beef with pasta), game stewed or baked in a special gravy, brodet stew, baked crustula and fritula sweet dough, cream of eggs and milk in caramel - Dubrovnik erysipelas are also popular. ... In general, the local cuisine combines the characteristics of Croatian and Italian gastronomy.

Talking about Korcula, one cannot fail to mention its delicious wines. These include:

In addition to wine, tourists bring olive oil from Korcula - this product has an unsurpassed quality due to the ideal combination of harvesting and storage methods with the degree of ripening. It is believed that with a decrease in the acidity of the oil, its quality increases - for a local product this figure is only 0.8%. 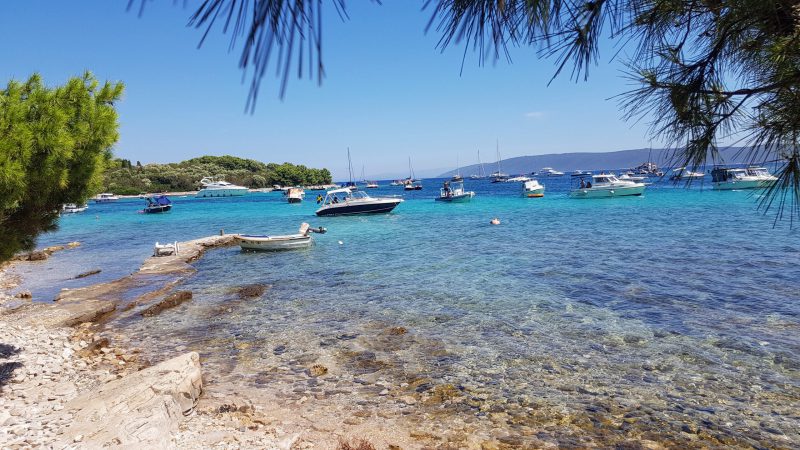 Most of the yachtsmen staying on the island of Korcula prefer only 2 places - in the west in Vela Luka and in the city of Korcula in the east of the island. Due to the high popularity of this area, a huge number of yachts gather here during the high season and it can be very difficult to find a berth (especially the ACI Marina Korcula). Note that many do not take into account the fact that these two places are not the only ones on the island adapted for yacht parking.

So, in the town of Lumbarda in the southeast of the island there is a small club marina with a homely atmosphere, where you can always pick up a pier. And on the southern coast there are many cozy coves where you can stop for a rest or even overnight. These include Zavalatitsa, Priznu, Tri Luke, Mala Prizba, Brna and Grscica-Korcula. There are also many interesting places in the north of the island, for example: the bays of Banja, Vrbovica, Racisce, Stivina, Prigradica, Bristva, Kneza. However, we advise you to stop in them only when the weather is stable, otherwise strong northerly winds blowing from the mainland are possible.

If you are interested in buying, selling or renting a yacht in Korcula (or any other city and region), you can always turn to the specialists of the 2yachts company. With our help, you will select the best vessel and will be able to plan an unforgettable trip along the chosen route!