The best sailing routes in the world

The number of those wishing to make an unforgettable trip on a yacht in order to see distant exotic countries is growing every year, and even a few decades ago, long sea voyages were available only to experienced sea wolves or big daredevils. Thanks to the development of navigation and other technology, the safety of navigation in the sea has increased significantly and today go on a long journey to rented yacht is sometimes easier than going out of town by car. There are interesting yacht routes both in the Mediterranean Sea and in the Caribbean, Andaman Sea, in the region of the Pacific Islands. Let's consider which regions are the most attractive for active recreation for yachtsmen. Note that if you are interested in buying a yacht, you can take advantage of the offers of our company - surely our experts will help you find worthy options at reasonable prices 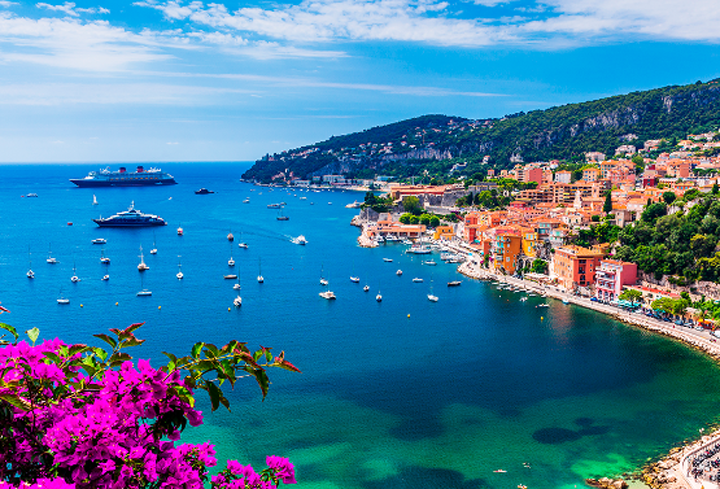 Certainly, one of the best yacht routes in the world is a journey full of contemplation of picturesque French landscapes, numerous national parks and visits to popular tourist cities with many historical and cultural attractions - such as Monaco, Cannes, Nice and Saint-Tropez. Despite the crowded tourist centers, a sea voyage with a visit to the Ile de Porquerolles (the largest in Hyères) will allow you to discover the beauty of the French Riviera from a new angle. The air on the island is filled with the scent of pine needles and eucalyptus, and the views of untouched nature can impress anyone, even the sophisticated yachtsman. The le de Porquerolles is the best holiday destination for those wishing to enjoy a journey along the famous French Riviera. 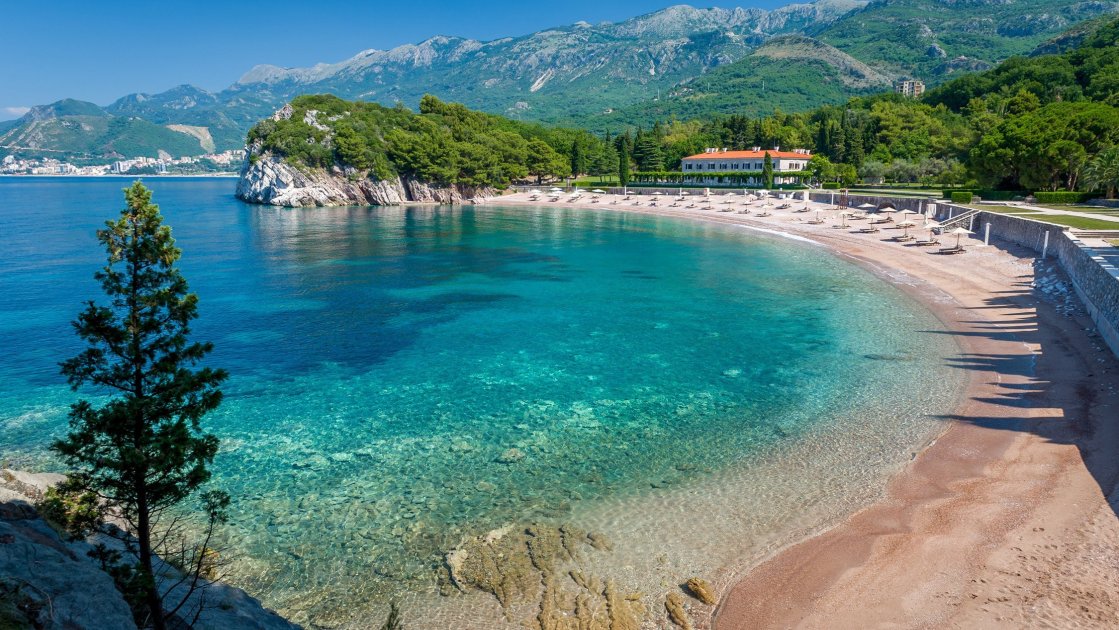 Coast of Croatia and Montenegro

Yachting in Croatia can include visiting several of the more than 1,000 islands (only 66 of them are inhabited), making your trip unforgettable. The natural wealth of the region includes unspoiled beaches, famous natural parks, marine reserves, the phenomenal beauty of the Krk island caves, lush Mediterranean vegetation and the ancient monuments of the island of Pag. Traveling along the Adriatic coast, you can get to know the culture and culture of this southern European country, one of the cleanest in the world. For example, the island of Mljet offers impressive hiking and cycling trails, while the island of Hvar offers stylish restaurants and medieval buildings with impressive architecture. The most popular is the island of Korcula, whose population is distinguished by special hospitality. The journey can start from any island, and closer to Montenegro you can go on a tour of this country rich in traditions and culture, starting and ending in Dubrovnik, which is rightly called the "Pearl of the Adriatic" 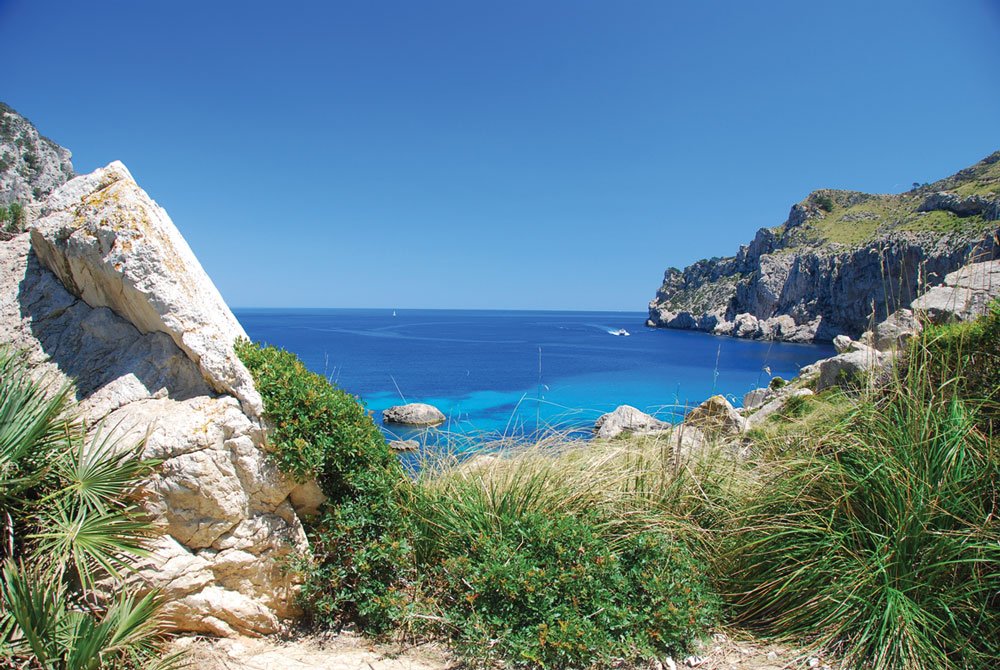 The islands of Spain - Mallorca, Ibiza, Cabrera, Gran Canaria, Tenerife and others - are a real tourist hit.On a yacht trip along the Mediterranean coast, you can enjoy impressive mountain landscapes, walk on a mountain bike, visit archaeological sites of the 15th century , relax on isolated beaches and in nightclubs known throughout Europe. The most famous coasts Costa del Sol, Costa Brava and Costa Blanca, from where you can go to the Balearic Islands. Of course, one cannot ignore the Ses Salines Natural Park, which starts in the south of Ibiza and extends to the island of Formentiera - the standard of Mediterranean biodiversity. 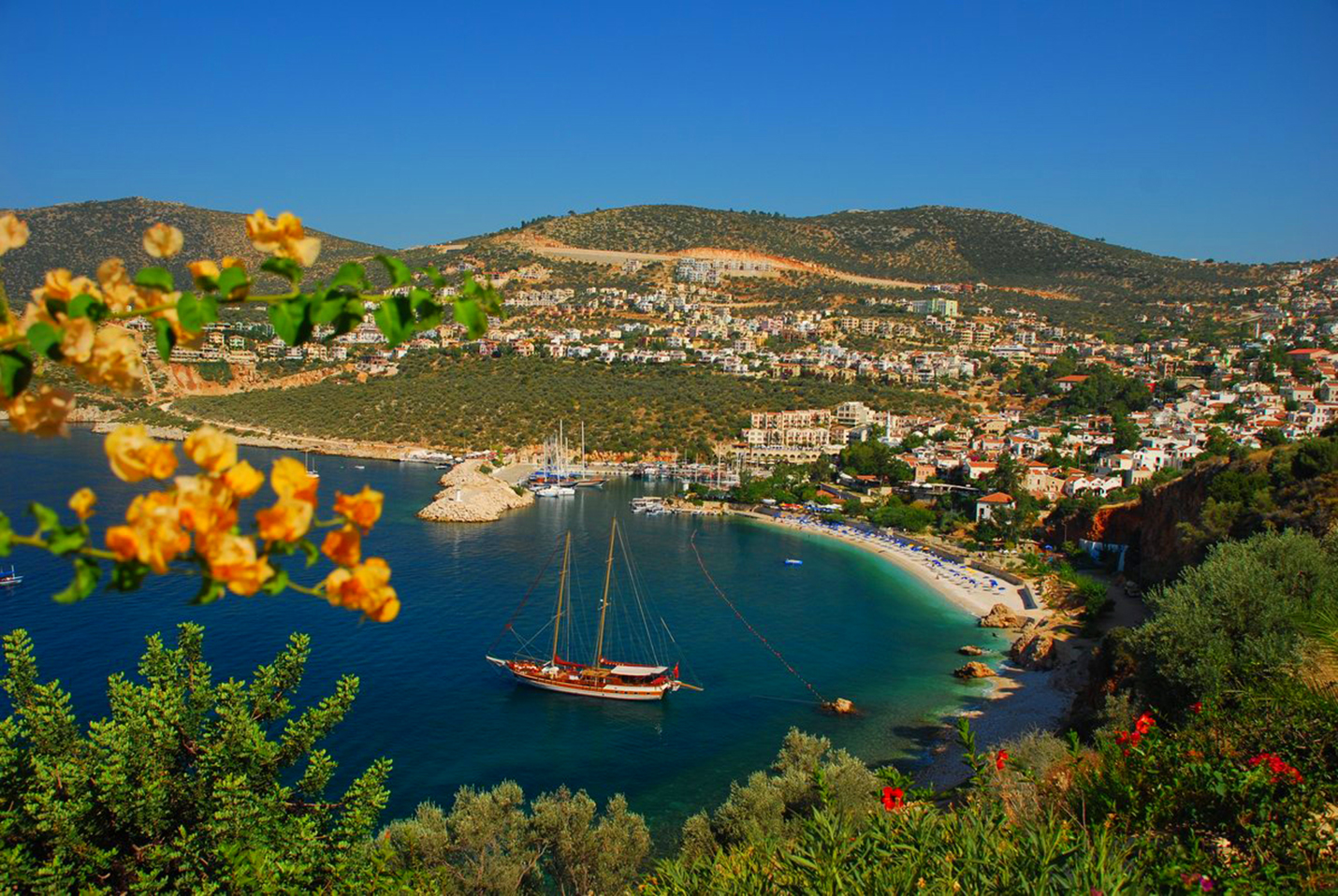 Turkey is a country where East meets West, and the Turkish Riviera is the concentration of the best beaches and resorts in the country. Traveling along the Turkish coast, you can visit Ephesus Island, one of the UNESCO World Heritage Sites, the vibrant city of Fethiye and the picturesque Oludeniz Lagoon. Ephesus is the epitome of the greatness of the Roman Empire, history buffs can visit the Temple of Artemis, the remains of the Great Theater and Library of Celsus and other architectural landmarks. The Bodrum Peninsula is called the pearl of the azure coast of Turkey, the most significant objects here are a medieval castle, a museum under water and one of the seven wonders of the ancient world - the Mausoleum in Halicarnassus. Bodrum's coastline is rich in white sand beaches, making it a great destination for an impressive sailing holiday. 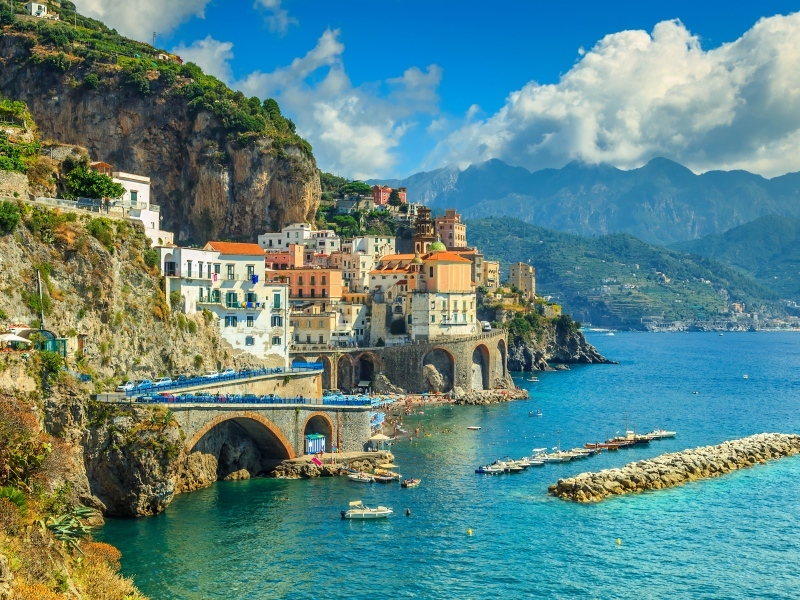 The Mediterranean coast of Italy is full of places where you can experience an unforgettable experience. The islands in the Mediterranean, and lush subtropical vegetation, wild vineyards, and tracts of Italian pine, and citrus and olive thickets, and much more deserve attention. You can hardly find anything more stunning than the Amalfi Coast, Phlegrean or Aeolian Islands. Italy is extremely popular with tourists from all over the world due to the fact that it is the birthplace of one of the greatest civilizations in the world. 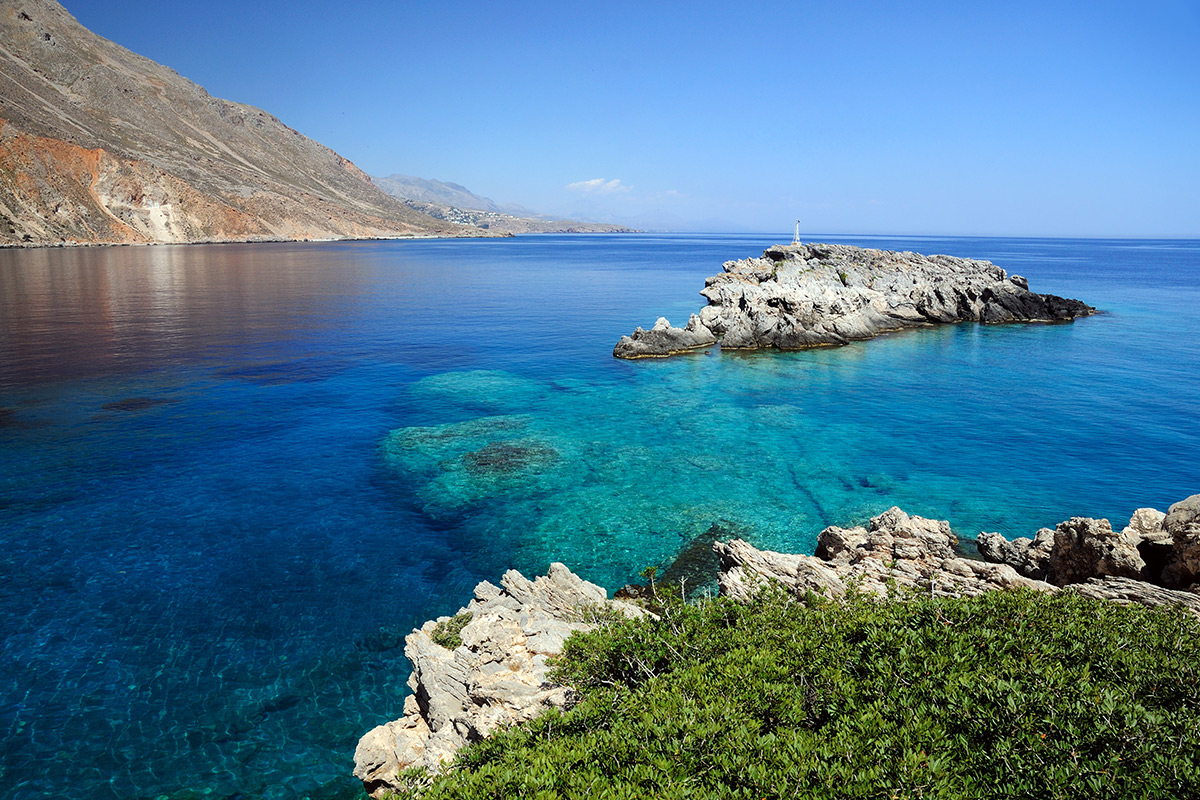 Greece has countless islands, bays and lagoons in the Mediterranean, exciting and captivating the imagination. On your relaxing yacht journey, you should definitely visit the Navayo beach and the Blue Caves - the hallmark of Zakynthos, considered one of the most beautiful on the planet. Stone arches of unusual shape created by nature itself (they were formed by sea waves), they are inaccessible from land and have an average water depth of 4 m. skin and general health. There are many equipped marinas on the coast, for example, in the cities of Athens, Santorini or Milos, where you can get quality service and enjoy a rich history and culture. 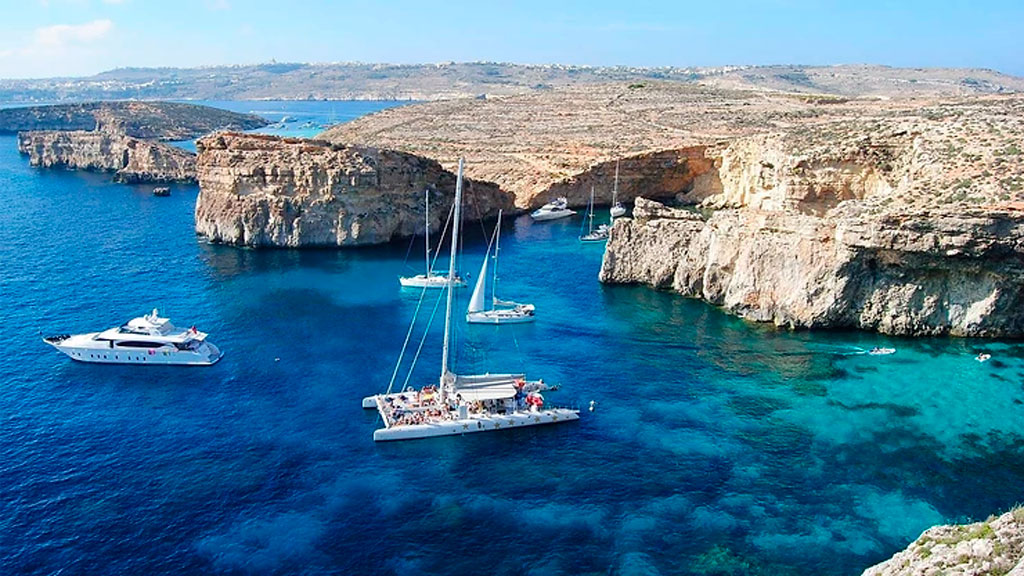 Malta is a place where the past and the present are closely intertwined with each other. The most impressive beaches are located in Mellieha, where Mediterranean palm trees and picturesque fields are surrounded by azure waters. And the most popular beach among yachtsmen is St. Paul's Bay, which is still not so easy to get to. If you prefer an easier way to anchor, your best bet is to St Peter's Bay, and at night you can stop at the Blue Lagoon, where you will be greeted by the most beautiful sunrises in Malta. Malta is made up of a large number of islands and attracts sailors with its unique marinas and Latin European culture. 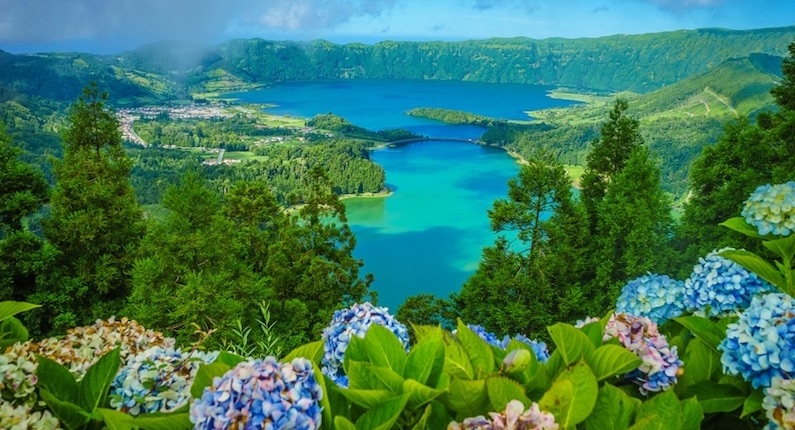 The Azores archipelago is located in the very center of the Atlantic and consists of 9 islands, there is no developed tourist infrastructure here. You can go on a trip, for example, along the parking lots of Ponta Delgada, Vila Franca do Campo, the island of Santa Maria Vila do Porto, Praia Formosa. One of the favorite destinations for experienced yachtsmen is Horta on Faial Island. Traveling to these places promises you a scenic adventure with stunning scenery, diving and a unique cultural program. The Azores are recognized as a cultural heritage by UNESCO and have many interesting places for educational tourism - Terceira Islands with historical monuments from different eras, Santa Maria with the Bay of San Lorenzo, etc.

The British Virgin Islands is a popular and relatively safe yachting destination. Here you will be greeted by impressive beaches, beautiful bays and a pleasant climate combined with a developed infrastructure. And participation in the Spring Regatta (lasts 3 days) will make your vacation even more exciting. 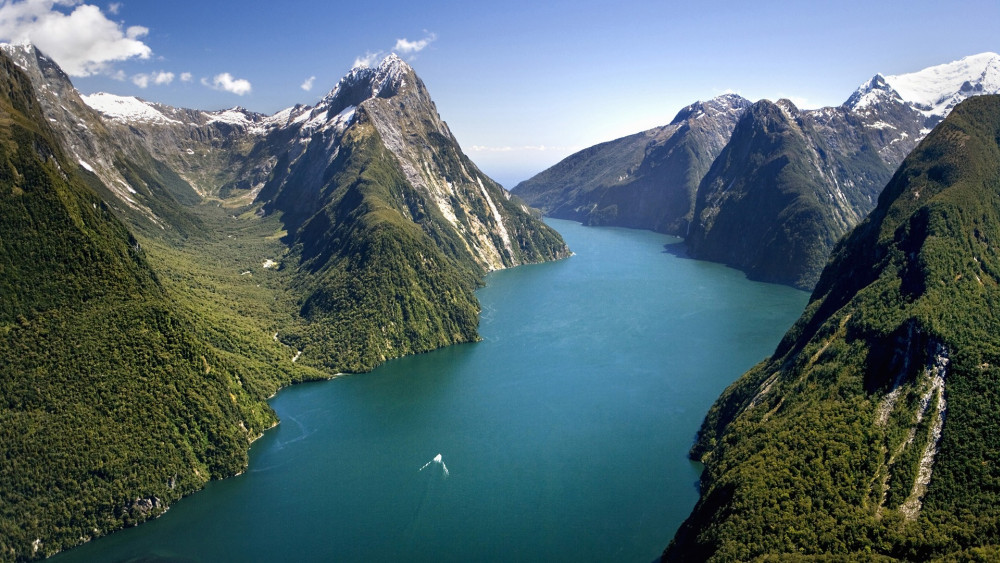 New Zealand is known as one of the best sailing destinations, there are many interesting bays and other natural attractions that are relatively isolated from the outside world, and the safety of yachting travel is generally recognized and makes New Zealand a popular destination for sailing on charter yachts. Contact the managers of the company 2yachts to select the best offers on the modern yacht services market and provide all the necessary advice on purchase or rent of yachts.