How can a beginner yachtsman learn to understand the wind? Expert advice.

The history of the use of wind power for sailing the seas and oceans goes back many centuries.

The technical development of mankind did not affect the habit of using the sail, only the number of sailing ships decreased. But, even the most primitive sailing vessel should go to sea under the guidance of a yachtsman who understands the wind.

What does the term "learn to understand the wind" mean?

Like many past centuries, wind remains the main element of siding, filling the sails and being the natural, natural engine of any yacht.

For safe sailing, a novice sailor needs to know not only the sailing equipment, but also correctly assess the situation with the wind, be able to determine its direction, speed and possible changes in the air flow. Learning to identify such changes is a much needed skill that will help you to effectively use the full force of the wind. The ability to correctly assess the strength and direction of the wind will help you learn how to navigate the boat even against the oncoming air flow. It should be understood that a sail filled with wind is like the wing of an airplane, creating lift while propelling the yacht forward.

Going out to sea under sail is a kind of ritual, all the moments of which have a certain meaning, helping the yachtsman to make a successful voyage. It is impossible to ignore the age-old traditions, proven by practical application.

Before leaving the marina, any yachtsman determines the strength and direction of the wind.

There are basic wind terminology. These are the terms "leeward" and "windward" side of the vessel.

Paying attention to the top mast, by the weather vane, by the strength of the flag waving and the state of the water surface, attentive yachtsmen can quite accurately determine the direction and strength of the wind.

The habit of using your observations will help a novice sailor, by the color of the water or the appearance of white caps on the crest of a wave, to determine the change in the wind or its gusts. The experience of sailors of sailing ships of the past centuries, left modern yachtsmen a lot of signs that should not be ignored. Such signs say about the wind:

The true wind is the wind that refreshes the yachtsman standing still. 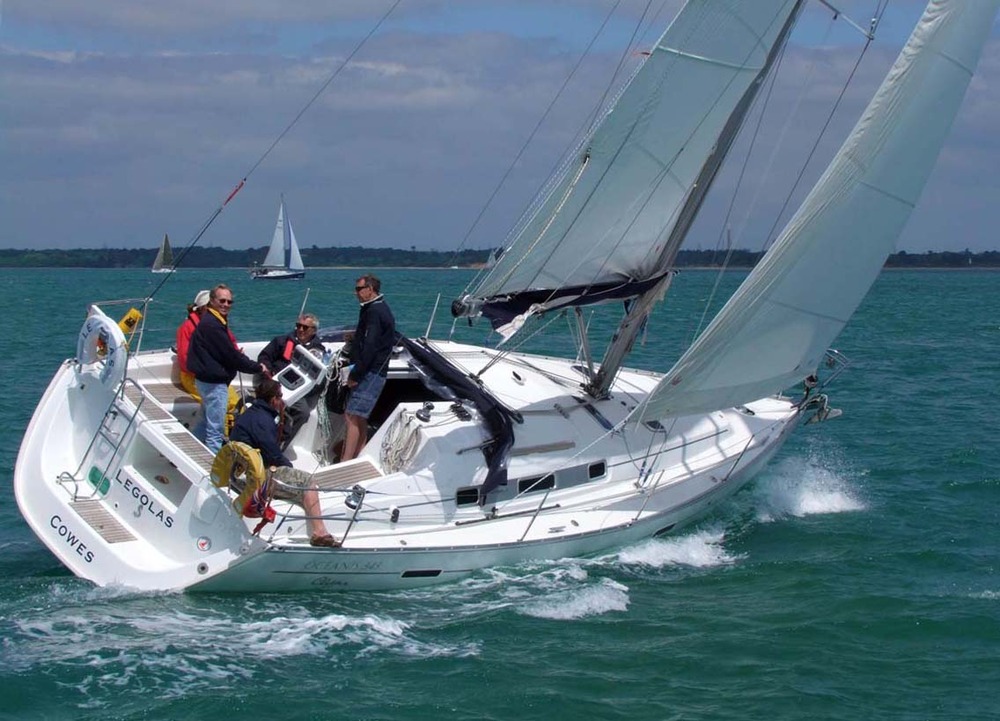 Pennant wind is determined by adding up the true wind and the oncoming flow that occurs when the yacht is moving. It is quite logical that if the true wind is a headwind or a crosswind, the apparent wind will blow stronger, and, accordingly, the apparent wind will weaken with a tailwind. These factors directly affect the speed of a sailing vessel.

The apparent wind reaches its maximum speed at certain courses (from gulfind to beydewind), and drops to a minimum on the fordewind course.

Against the wind, the sailing ship cannot move - the sail will flutter uselessly. This position of the vessel is called Head to Wind - a dead zone.

For this reason, the relation of the boat and the sail to the direction of the wind is essential in sailing. The vast majority of sailing boats can sail relative to the wind, heading at least 45 degrees.

The diametral plane is the imaged line running exactly in the middle of the yacht (from bow to stern).

When moving in a certain direction with a headwind, tack is used - a series of maneuvers resembling a zigzag, while changing the tack. The change of tack is carried out when performing a turn overshot (in this case, the bow of the yacht cuts the wind line), or fordewind (the stern crosses the wind line).

The overschlag turn begins with a slight tilt of the boat (by 5 - 10 degrees), to the leeward side. At the same time, the boat receives an impulse that allows it to move a distance of several hulls against the wind. The boat will coast for a few minutes, allowing you to pay attention to preparing for the next turn. When the bow of the boat crosses the wind line, the sails will be flaked, but as soon as the staysail begins to fill with air, it must be picked up. The mainsail turns around on its own, but you have to be careful with the boom.

The more often 90 degree turns are made, the faster the boat will move upwind. 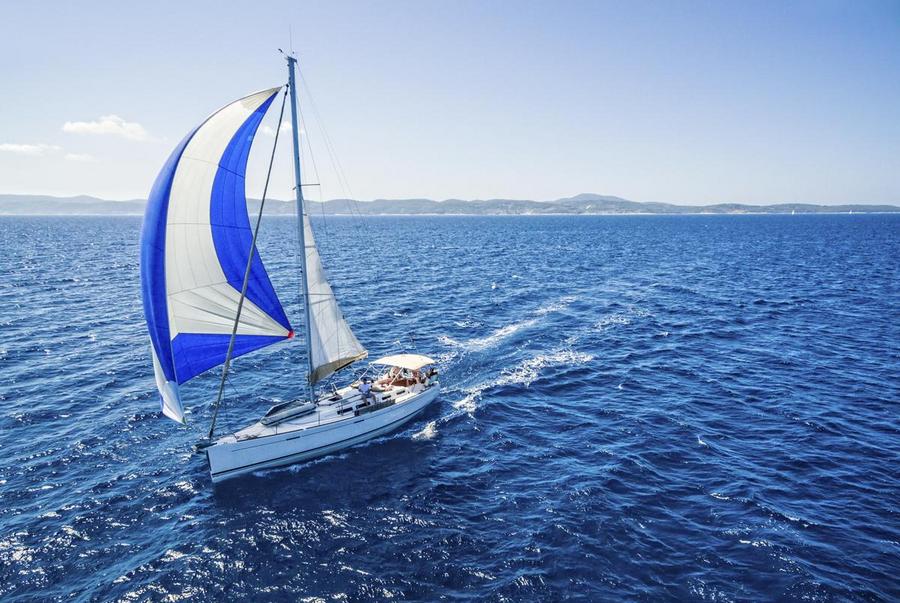 The fordewind turn is performed by guiding the stern through the wind line. It should be borne in mind that when turning the fordewind, an angle of only a few degrees is taken, but not 90, as in the overschlage. The boat loses stability when turning fordewind, a slightly lowered centerboard compensates for it, but the maneuver must be carried out gently, without sharp turns of the rudder. When the yacht passes the wind line astern, the mainsail is thrown gently and neatly, and the ship's crew transfers the weight to the windward side, increasing the stability of the boat.

Fordewind and overslag are performed by frequent tack changes, relative to the headwind, moving in a zigzag manner (maneuvering).

When performing these maneuvers, well-coordinated and friendly work of the whole team is necessary more than ever. The main task when maneuvering is not to get into the "dead zone" (leventic).

Easy and fast walking fordewind is difficult to call, but saving a lot of time and training in maneuvers are provided. The effectiveness of the fordewind rotation is considered depending on the characteristics and type of boat.

Yachting, as a form of recreation, gives a chance to become a real sea wolf to a person of any age and physical characteristics. Combining an unimaginable extreme and a wonderful vacation, yachting has long ceased to be a privilege of the rich. Today, the cost of a weekly charter sailing does not exceed the cost of living in a hotel, confirming the democratic nature of this type of vacation.

The main thing is the desire to learn a difficult job, attention and concentration while swimming.

Yachting on the islands of the Vestmannaeyjar archipelago, Iceland
Read more

What is waterproof clothing
Read more